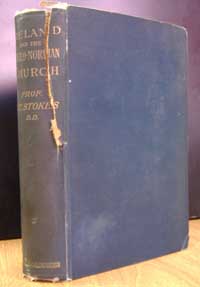 James Seaton Reid D.D., The History of the Presbyterian Church in Ireland, Comprising the Civil History of the the Province of Ulster from the Accession of James the First. 3 vols., 1834-1853