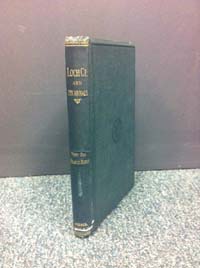 Compiled primarily from two lectures delivered by the author, the Very Reverend Francis Burke, Loch Ce and its Annals: North Roscommon and the Dioceses of Elphin in Times of Old, was first published in 1895. From the beginning Burke makes it very clear that he holds a deep affection for the area and that one of the major motivations behind the book was the "tiresome and uninviting" nature of the ancient manuscript records "The Annals of Loch Ce". The majority of the introduction to this text is a description of history behind the ancient Annals and the contents. He charts the compilation of the manuscript beginning with Bryan MacDermot between 1585 and 1592 through to how the manuscript ended up at Trinity College in 1766. The contents of the ancient manuscript begin with the year 1014 and conclude in the year 1590. And according to Burke many of the records of the manuscript concern "tales of hostings, plunderings and depredations on the part of chieftains and kings against each other". The remaining 7 chapters deal with more specific events, places and people from the Annals. While much of what follows is an ecclesiastical history, covering topics like Saint Columba, the Cistercians, the Archdeacon of Elphin and the general importance of the diocese of Elphin, other topics covered include the local chieftains and their seats of power, as well as a discussion of the general state of affairs in North Roscommon and the neighbouring district through out the middle ages. The publication concludes with an index and is augmented by 12 illustrations over its 163 pages. For an area of Ireland that records are scarce for, Loch Ce and its Annals is a very important publication and essential reading for anyone researching North Roscommon and the Diocese of Elphin.