Powell's Gloucestriana or Papers Relating to the City of Gloucester (1890) 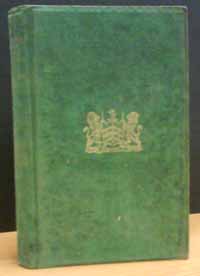 Compiled by John Joseph Powell, Q.C., a former Member of Parliament for the City of Gloucester and published in 1890, Gloucestriana, is a cornucopia of facts and anecdotes relating to the City collected from local newspapers and journals, notably the Gloucester Journal. In just over 200 pages Powell presents information on such diverse subjects as the early manufacturing trade and commerce of the City, to bribery and corruption in a number of the City's ,ore infamous elections to the death of Edward II. Glocestriana commences with one of its more lengthy chapters on the trade, manufactures and commerce of the City. Taken from a lecture read before the Archaeological Institute of Gloucester in 1860, the author describes in some considerabel detail the City's import and export trade as well as its domestic industry from records dating from the the Roman occupation, through Norman Conquest and the compilation of the Doomsday Book down to 1860. In the Domesday Book Gloucester's thriving trades were recalled as was the City's importance compared to the 'burg' of London. Shortly after this the City was twice destroyed by fire, but was quickly rebuilt and by the reign of Henry II in the 12th Century the City was renowned for its cotton manufacture and trade. In the Chapter entitled 'The Case of the Citizens of Gloucester', Powell described how corruption and bribery was endemic in Parliamentary elections down to 1832 and paints a very vivid picture of some of Gloucester's more notorious election campaigns for Parliament. This chapter is followed by an in-depth commentary on the journal of the Rev. Francis Wells, Vicar of Prestbury, Gloucestershire. The journal spanned the periods 1715 to 1756 during which periods Wells served as Justice of the Peace and Magistrate for the County and recorded in painstaking detail the cases over which he presided at Petty and Quarter Sessions and Assizes. By all accounts Wells dispensed some harse justice, which ranged from placing a women in the stocks for cursing, the public whipping of a hedge-breaker to the examination of women named Frances Williams for the possession of a 'big-belly', which was either the result of ale drinking or consorting with 'lewd fellows'. Gloucestriana includes a forty-five page description of some of the more colourful characters returned as Members of Parliament for the City and a fascinating topographical description of the city in the mid-1700s. Republished here in fully-searchable CD-Rom format, Glocestriana must appeal to anyone with an interest in the history and development of the City of Gloucester.