The Survey of London 1603 by John Stow 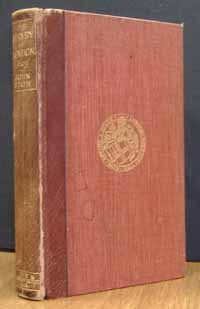 John Stow's Survey of London was first published in 1598 and since then has been the subject of numerous editions, some of which have resulted in editorial changes and insertions of places and events that occurred long after the author's death. This CD-Rom republication of Stow's work is taken from the 1916 London 'Mansion House' edition of the 1603 unadulterated version of the original. John Stow was born in London in about 1525, the son of Thomas, a tallow chandler, but was apprenticed as a merchant tailor and had established a business in this trade by 1547. However, after making acquaintance with leading antiquarians of his day and playwrights such as Ben Johnson, Stow had by 1560 embarked on his life's endeavour and in 1561 published his first work: The Works of Geoffrey Chaucer. Several publications followed, but in 1598 the work that Stow is best remembered for was published for the first time. For its day, Stow's Survey of London was unique, and many contemporary commentators have observed that his minute descriptions of Elizabethan London, although at times quaint, have not been surpassed. The Survey of London records with candour and humour the social conditions and customs of London during the end of the reign of Elizabeth I in addition to almost forensic account of the city's buildings. This level of detail was not restricted to to the grander buildings of London as Stow, who died in poverty, was fascinated also by the low life of London. Each ward of the City as it then stood was perambulated and recorded by Stow as were the city's many ancient rivers wells, walls and bridges. Containing in excess of 520 printed pages, Stow's Survey of London is divided into twenty or so chapters, recording the city's customs, places of learning, walls, gates and other topographical features as Stow observed them. The 1603 edition is prefaced by Norden's Map of London, which appeared in 1593, five years before Stow published his Survey and is concluded by Fitzstephen's 11thc. description of the city. Indexed and fully-searchable on this CD-Rom republication, Stow's Survey of London must appeal to anyone interested in the city of London, in Elizabethan England and its manners and customs and would greatly aid any scholar or reader of Elizabethan literature.