The Placenames of Middlesex, 1922 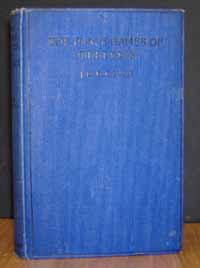 "The Place Names of Middlesex Including those parts of the County of London formerly Contained with the Boundaries of the Old County" was compiled by J. E. B. Gover and published by Longmans, Green & Co., in London in 1922. The title of this publication provides the geographical boundaries of his survey, although a few liberties are taken, such as including Aldgate, which even at the time of writing was part of the City of London proper. Having said this, as the author rightly notes, that although Middlesex is the second to smallest county in Britain, it like the rest of the home counties was heartily under represented both in the field of county studies in general and more especially etymological publications such as this and for this reason alone was recommend to the general public. The form of the publication is based on the standard form etymology study. Using a plethora of published and manuscript sources the compiler gathered together all the recorded spellings for each place name and placed these in chronological order. Having done this, the meaning of each place name is interpreted paying particular attention to sound laws and topographical locations of each place. Grove has included in his study names that could no longer be found on a standard Ordnance Survey map, which were thus deemed to be extinct, but had once existed. Beginning with Abchurch, which is first noted in written sources in 1198 and ending with Yiewsley, which first appear in 1383, the author's stated aim in 1922 was add to the then list of county monographs and wherever possible to compare these to those present in other English counties. Republished here on fully-searchable CD-Rom, the 133 printed pages of the Place Names of Middlesex must appeal to anyone interested in the root of any of the place names in the county.