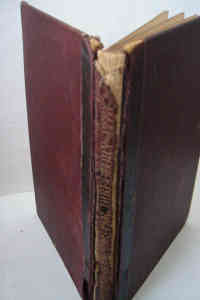 The first edition of any directory detailing the tradespeople of Manchester was published as the Manchester Directory in 1772 by Mrs Elizabeth Raffald and second edition quickly followed in 1773. This CD-Rom republication of the Manchester Directory is taken from an 1889 republication of the original second edition of 1773. The 1889 edition is noteworthy in its own right as being number 4 of a limited edition of only 100 copies printed and includes as its preface a biographical sketch of Elizabeth Raffald. Born at Doncaster, Elizabeth Raffald née Whitaker began life as a housekeeper whose last known position in 1763 was to the Honourable Elizabeth Warburton of Arley Hall, Cheshire. In the same year Elizabeth was married to John Raffald a gardener at Arley. Soon after her marriage Elizabeth established a confectioners shop at Market Place, Manchester. Elizabeth Raffald gained fame as an authoress, notably on works of cookery. The most famous issued from her shop at Market Place in 1769. Entitled The Experienced English Housekeeper, for the Use and Ease of Ladies, Housekeepers, Cooks &c., wrote purely from Practice went through thirteen editions. Elizabeth sold her copyright of the book after the second edition for the princely sum of £1,400. Shortly after her 1769 Elizabeth Raffald published from the same address her first edition of the Manchester Directory the first of its kind for the City. Apart from these accomplishments, Elizabeth Raffald ran the King's Head in Salford, kept a 'ladies stand' at Kersal Moor during the strawberry season and during her eighteen years of marriage gave birth to sixteen children. Of the Directory itself, it is prefaced with 'An Exact Account of the Streets, Lanes, Courts & Alleys' found in the City in 1773. There follows a fifty-four page alphabetical listing of the merchants and traders of the city, which in almost every instance provides and address and business. This is followed by a much shorter, but very useful 'Alphabetical List of the Country Tradesmen, with their Places of Abode and Warehouses, in Manchester'. The Manchester Directory for 1773 also contains a number of miscellaneous sections providing an account of the stage coaches and carries arriving and leaving Manchester as well as vessels plying their trade from the various quays in the City. Of these, the largest ship owner by far was noted as the Duke of Bridgewater, who operated no less than fifteen ships between Liverpool and Warrington. As a genealogical aid and a piece of social history, the Manchester Directory, unique for its day, must remain a unique resource and is republished here on fully-searchable CD-Rom.