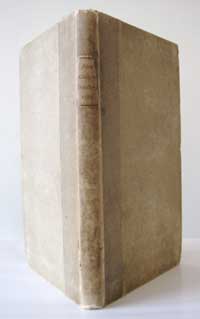 First published in 1787 and republished here on fully-searchable CD-Rom is the 1868 reprint of Nathaniel Jones' Directory of Glasgow, published by William Lover and printed by R. Anderson of Glasgow. Reputed to be the first directory for Glasgow, this republication of the 1868 reprint contains 114 printed pages and includes several sections not present in the original issue as indicated by the full title of this edition: Reprint of Jones's Directory; or, Useful Pocket Companion for the Year 1787. With an Introduction, and Notes of Old Glasgow Celebrities, by the 'Rambling Reporter'. The original compiler and editor of the Glasgow Directory, National Jones, began life as a shoemaker and ultimately kept a coffee room at the Cross. Jones explained that his initial purpose for compiling a Glasgow Directory was merely to collect an alphabetical list of the subscribing members of the Tontine coffee room. However, the members apparently persuaded Jones to go beyond his initial undertaking and add to his list as many of the merchants, manufacturers and companies in Glasgow that he could readily identify thereby turning his list into a directory. Readily acknowledging the faults and omissions in her enterprise, Jones requested that anyone omitted should leave their names and residences at the Exchange Keeper's Office for inclusion in the subsequent directory, which was issued in 1789. Jones's edition of the Glasgow Directory begins with a list civil and office holders in the city, such as magistrates, town counsellors, guilds members as well as members on various committees for improving the town, such as the Clyde Marine Society, etc. The list also includes members of the faculty of surgeons and physicians of Glasgow, members of the committees of the various hospitals, teachers - including those of fencing and dancing - and is concluded with a list of the town's sergeants and departures and arrivals of stagecoaches into and out of the town. The list is followed by an alphabetical directory of the merchants and traders in the city, names which had been gathered by Jones himself. Each entry includes the individual's occupation and address. This is the point at which Jones's original publication terminates. The 1868 reprint of Jones' original Glasgow Directory contains an addition twenty-four pages of information. This is made-up of a potted-history of Glasgow from the Reformation, but predominantly facts, statistics and interesting anecdotes from the eighteenth-century and closer to the time at which the Glasgow Directory was originally published. The introduction is supplemented with biographical sketches of dozens of the men that were listed in Jones's edition of the Glasgow Directory. Although containing only 114 printed pages, the useful and interest of this 1868 reprint of Nathaniel Jones's Glasgow Directory for 1787 goes way beyond the slightness of pages and should be of immense interest to all Glaswegians.

Harvey's Bristol: A Historical and Topographical Acount of the City (1906)