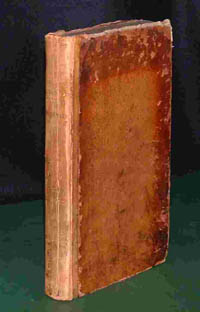 This remarkable and exceptionally rare publication was the second and corrected edition of the first road map of Ireland. Originally published in 1778, the authors felt it necessary to reissue the title quickly to correct deficiencies. The maps were commissioned by the House of Commons in Ireland, and contain 289 pages of maps. The index for these detailed maps shows distances in English and Irish miles. The maps themselves show copious topographical details, like forests, hills, farm land, mills, houses, churches, etc. The large houses also give the owners names. There is a personal name index at the back detailing every name recorded on the maps. This edition also contains a new large-scale 'accurate' map of Ireland. Taylor and Skinner's road maps of Ireland (and their books for Scotland, England and the USA) were a phenomenal achievement for their day, and remains an essential research tool for the late eighteenth century.

Slater's Commercial Directory of Ireland, 1881, Compendium of all sections