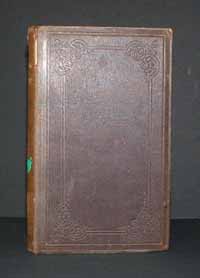 Published by the General Register Office, this study is the first detailed official work on surnames in Ireland. Sir Robert E. Matheson used the 1890 birth registers to compile an authoritative list of surnames and their frequency and distribution throughout the country. He begins with a list of the 100 most common surnames in the country in order of frequency, and then compares this against those in England and Scotland. This book includes a detailed account of the derivation and ethnology of Irish names, tracing each wave of migration from the Celts and Vikings through to the migration of Russian and Polish Jews in the 1880s. Matheson then lists the main surnames (and numbers of births) for each county, following which he provides a fascinating look at the continued local concentrations of many surnames. Thereafter the book contains extensive tables of the distribution of over 2,600 surnames in Ireland. These tables give the numbers of births in 1890, and the counties and provinces where these births were recorded. This publication contains the first edition of this work published in 1894.

The Sixteenth Report of the Deputy Keeper of the Public Records of Ireland, 1884

George Benn, A History of the Town of Belfast from the Earliest Times to the Close of the Eighteenth Century, 1877