Statistical Survey of the King's County, 1801 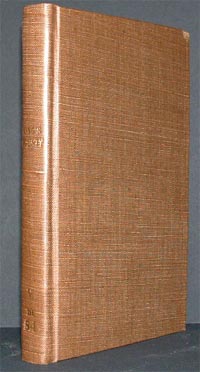 The Irish Statistical Survey was carried out under the direction of the Royal Dublin Society. Each county was surveyed with the aim of determining the 'actual state, capabilities and defects of agriculture, manufactures and rural economy'. In practice the surveys contained a vast quantity of local information on almost every aspect of the county surveyed. Because these studies were carried out under central direction the quality of the information provided is good, and given their early date, they remain an invaluable source for the study of each county. They record many details about conditions in pre-Famine Ireland, including social and economic conditions, the growth of population and poverty, education, religion, history, the Irish language and local customs. Sir Charles Coote's publication was intended to be the first of two editions for Offaly for this series. The second edition was expected to include the submissions made arising from the first edition as well as correcting the mistakes. The conclusions reached by Coote suggest that more could be done in relation to draining the bogs and reclaiming land, improving farmyards and that a serious effort was required to alleviate the suffering of the poor.