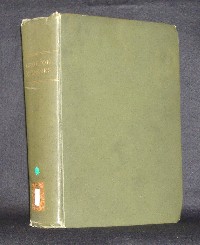 Crofton memoirs, compiled by Henry Thomas Crofton and published in 1911, provides valuable source material for any researchers interested in either the history of the Crofton family or in the early modern history of the east Connaught region. The book is structured in three parts, the first of which focuses on John Crofton (b. 1540), from Cornhill in London. Crofton was an important figure in late Tudor Ireland. He first arrived in Ireland in 1565, a member of the entourage of the new Lord Deputy, Sir Henry Sidney. The following year Sidney undertook his 'progress' (tour) through Ulster and Connaught, and was again accompanied, it appears, by Crofton. By 1569 Crofton had been appointed to a number of important civil offices, including clerk of Connaught, thus commencing his involvement with that region. In 1571 Crofton secured his first lands in Roscommon, at Moylurge, near Boyle, 'only six years after his arrival in Ireland' (p. 47). Four years later, in 1575, he resigned his various posts, to be appointed to the important office of escheator general of Ireland. This involved him in two key features of the Tudor policy in Ireland - inquisitions into land tenures and the wardship of minors. Thus, in 1578 Crofton was assigned the wardship of Valentine Blake, which entailed raising the child in English ways, customs and religion (p. 50), and in 1583, he held an inquisition into lands forfeited by the earl of Desmond arising from his defeat during the second Geraldine Rebellion, of 1579 83 (p. 47). Although the Connaught branch of the Croftons remains the focus of this work, also detailed are the families and the pedigrees of related or associated families. Thus, the Sidney family (including Sir Henry Sidney), the Goodman family (George Goodman was Crofton's brother in law, p. 53) and the Duke family (Crofton married Jane Duke. c. 1565 (pp 53, 61)) all receive detailed treatment. Crofton died in 1610, aged 70, by which time he had built up substantial estates, which remained in Crofton hands until disposed of under the terms of the Ashbourne Land Act of 1885. He also provided estates for his four sons and possessions for his daughters, on their marriage (pp 59, 77). Part two of the book describes the family's heraldry and part three is dedicated to an examination of the descendants of John Crofton, and details the succession of various branches of the family between Crofton's time and the time of publication of the book. Running to two hundred pages in nine sections, this part details the succession and development of Crofton families originating from John Crofton. Much important detail is provided on families in the Connaught counties of Leitrim, Sligo, Mayo and Roscommon, and branches that had migrated, either within Ireland, or abroad. Like most of our digital titles, this publication of Crofton memoirs is fully searchable, and researchers with an interest in the history of the Crofton family, the general east Connaught region or the operation of structures of governance in the Tudor period will find this an extremely readable and interesting account.

George Benn, A History of the Town of Belfast from the Earliest Times to the Close of the Eighteenth Century, 1877