Rev. James Dowd, Round about the County of Limerick, 1896 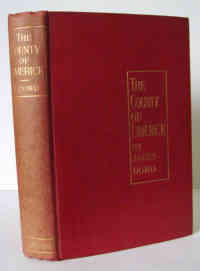 First published in Limerick in 1896 by McKern & Sons and republished here in fully-searchable electronic format is Rev. James Dowd's Round About the County of Limerick: Illustrated, which contains 377 printed pages arranged into seventeen chapters, with 11 appendices and illustrated with maps and photographs. Dowd was a local historian, Secretary for the Royal Society of Antiquaries of Ireland for County Limerick and author of Limerick and its Sieges and his objective for this publication was simple: using a number of focal points - his chapter headings - he intended taking the reader on an archaeological and historical tour of Limerick, pointing out events and topography that rendered many of them memorable. Beginning with Kilmallock, the reader is informed that that the name derived from St. Mocheallog, who erected a church here in the seventh century, but a place that remained of little note until the arrival of the Geraldines. Dowd provides the earliest recorded references to Kilmallock before reciting the history of consecutive sackings of the town by the Earl of Fitzmaurice and later during the Desmond Rebellion. However, it s was quickly rebuild and turned into a garrison town. Dowd provides a detailed description of the town as it stood at the time of writing as well a description of the town in 1775. More detailed examination is given to the castle, Roman Catholic Church, the Church of Saints Peter and Paul and the the Dominican Abbey. The chapter is concluded with the presentation of several historical documents including Charters to the town by Elizabeth I, Henry IV and Henry VIII. In essence this is the arrangement of many of the chapters contained in Round About County Limerick. Other chapter headings used as focal points for Dowd's historical discourse include Knockainy, Adare, Askeaton, Newcastle West and Castleconnell and the Burke country. In each case Dowd elucidates the reader with key historical events and topography of the place named in the chapter headings as well as those in the immediate vicinity. The author permits himself several asides throughout Round and About the County of Limerick. These include entire chapters on the Knights of Glin and the Ardagh Cup as well as a chapter on Lady Dowdall's Defence of Kilfinny Castle in 1642 and the Waller family and the siege of Castletown, which includes and inventory of cattle crops, houses and furnishings. Round and About the County of Limerick is concluded by a series of appendices, which includes list of the High Sheriffs of the county, Members of Parliament for the Borough Towns of Askeaton and Kilmallock as well as abstracts taken from the 1891 Census of Ireland. Republished here in full-searchable electronic format Round and About County Limerick is an easy and enjoyable read of some of the more notable historical events and topography of the county and will appeal to anyone wishing to learn more about the history of the county or perhaps one wishing to be introduced for the first time to the turbulent history if the county during the sixteenth and seventeenth centuries.

Rev. James Dowd, Round about the County of Limerick, 1896