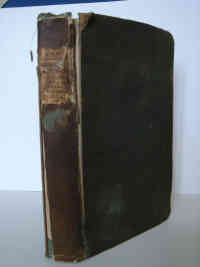 First printed and published in Dublin in 1835 and republished here in fully-searchable electronic format is the Rev. George Hansbrow's Topographical and Historical Hibernian Gazetteer. Containing some 426 printed pages, the full title of this publication reads as follows: An Improved Topographical and Historical Hibernian Gazetteer; Describing the Various Boroughs, Baronies, Buildings, Cities, Counties, Collieries, Castles,, Churches, Curiosities, Fisheries, Glens, Harbours, Lakes, Mines, Mountains, Provinces, Parishes, Rivers, Spas, Seats, Towers, Towns, Villages, Waterfalls, etc., Scientifically Arranged, with an Appendix of Ancient Names. To which is Added, An Introduction to the Ancient and Modern History of Ireland by The Rev. G. Hansbrow. Hansbrow dedicated his Gazetteer to the resident nobility, clergy and gentry of Ireland who had patronised the author in brining the Gazetteer to fruition a labour which he hoped would need no apology when presenting it to a candid and learned public. While Hansbrow believed that the utility of such a history and topography was self-evident the preface to the publication is somewhat strange for such a publication at such a time. While Hansbrow believed that the 'patriot reader' would find much to please him in the history and topography of Ireland so would the 'ungrateful and tasteless absentee gentry' who would have been better employed spending more of their time and money on ill-fated Ireland than in 'foreign parts', which all suggest that the Rev. Hansbrow was somewhat of a nationalist and probably a supporter of O'Connell's repeal Campaign. These things aside, the Topographical & Historical Hibernian Gazetteer is introduced by a lengthy History of Ireland. This is detailed in twenty-seven sections. These detail, amongst other things, the geography of Ireland; how Ireland got its name; the first settlers; the ancient learning and religion of the country as well as its ancient laws and governance before the arrival of the Normans and English; the 'insurrection' of 1641 and Rebellion of 1689; the origins of the Irish Constitution; the Irish Volunteers and Rebellion of 1798; tithes, the Poor Laws, the economy and the curiosities of Ireland. While it is true that all of these things are pertinent to the general history of the country, it would appear that Hansbrow was writing more for the present than the past and all of his sections of history were brought to bear on where he believed Ireland stood in 1835 and how Ireland should progress in the future. To this end, the introductory section of the Gazetteer, amounting to some 100 pages is concluded by Hansbrow's thoughts on the 'prospects and progress of Ireland'. The Gazetteer proper, alphabetically arranged extends to some 300 printed pages, beginning with Abbaccy otherwise Ardquin and ending with Youghal. Of the former Hansbrow wrote that this was the seat of the Echlin family, which they had occupied under lease from the bishop since at lease the Rebellion of 1641. Situated on Strangford Lord, Ardquin was a corruption of the Irish Ard Cuan. Of the Echlins seat, or house, Hansbrow has little to report. Written very much in the manner, but with less detail than the work the immediately superseded the Hibernian Gazetteer, namely Samuel Lewis's monumental two-volume Topographical Dictionary of Ireland published in London in 1837, Hansbrow's Hibernian Gazetteer still deserves a place on the bookshelf of discerning Irish readers.