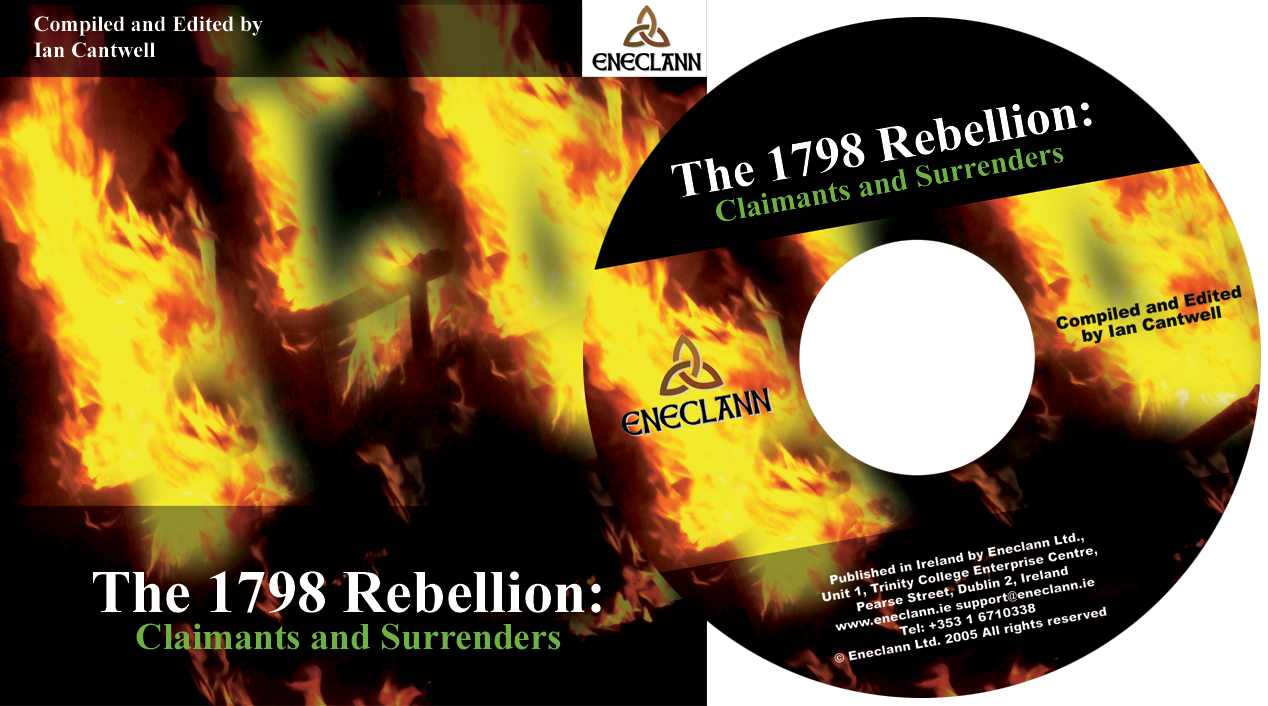 The 1798 Rebellion was a watershed in Irish history. It has been estimated that up to 30,000 people were killed during the uprising, with many more wounded. This CD brings together some of the few remaining primary sources about the people involved in this conflict. It contains two lists of individuals who made claims for compensation for loss of property during the rising, and also two lists of rebels who surrendered in Dublin City and Coolock Barony. In total there are over 8,000 names included in this publication covering two different groups – those who took up arms and those whose property was damaged. These groups come from every social background, from poor Dublin city labourers and artisans to the aristocratic ascendancy of late eighteenth century Ireland.

I am looking for information on Billy Atkinson who was tried and hung . Judge Robert William Hillas