Priests and People in Ireland,1902 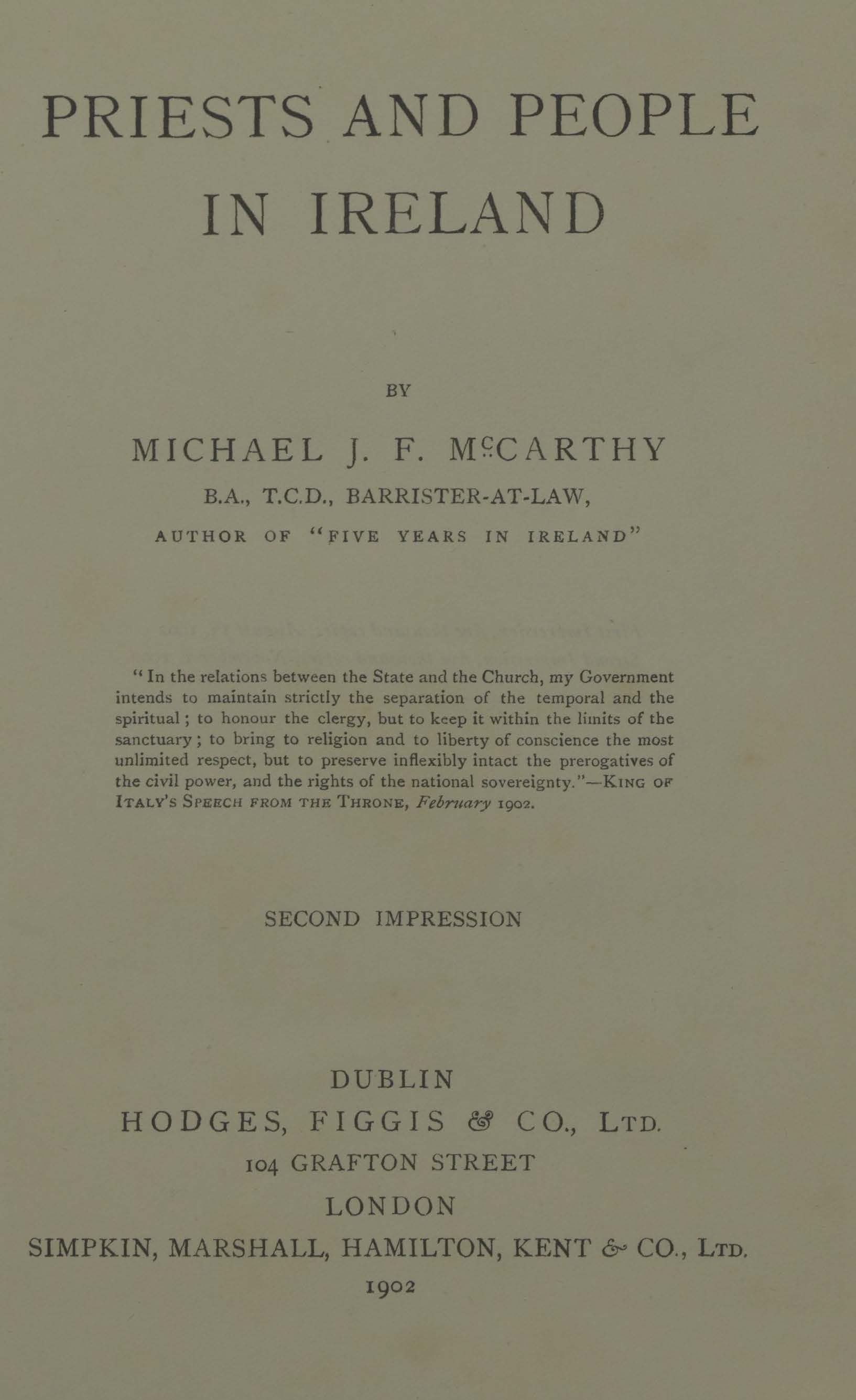 Michael J.F. McCarthy (1864-1928) was born and educated in Cork before completing a BA in Trinity College Dublin and subsequently being called to the Irish Bar. A Catholic and a Nationalist, McCarthy was quite unique in his views on the Irish Catholic Church in the late 19th Century and early 20th Century. His views are possibly best summed up by a phrase that was popular amongst those opposed to Irish independence when he states in this publication that Ireland has de-facto Rome Rule but not Home Rule. In Priests and People in Ireland (1902) McCarthy thoroughly compiles his arguments against the influence of the Catholic Church in Ireland using numerous examples and statistics. McCarthy’s chief arguments are against the growth of influence of the church in Ireland and that it reflects the interest of the Vatican which may conflict with the interests of Irish Catholics striving for their independence, the corruption of young minds and the increased interference in to secular affairs and the terrorising of large portions of the population in to parting with their money to increase the wealth of the church and its priests. One quote, “Jobbing bachelor priests, selfishly trained in isolation at Maynooth, have no right to obtrude themselves into so delicate and solemn a crisis as that of childbirth” covers much of McCarthy’s attitude towards the church and priests. This publication offers an insight in to a part of Ireland that is rarely seen at this time, when it was becoming increasingly dominated by the Catholic Church, and McCarthy was one of the most influential voices against this.