Journal of the Association for the Preservation of the Memorials of the Dead. Volume II, for the years 1892-1894. 1895 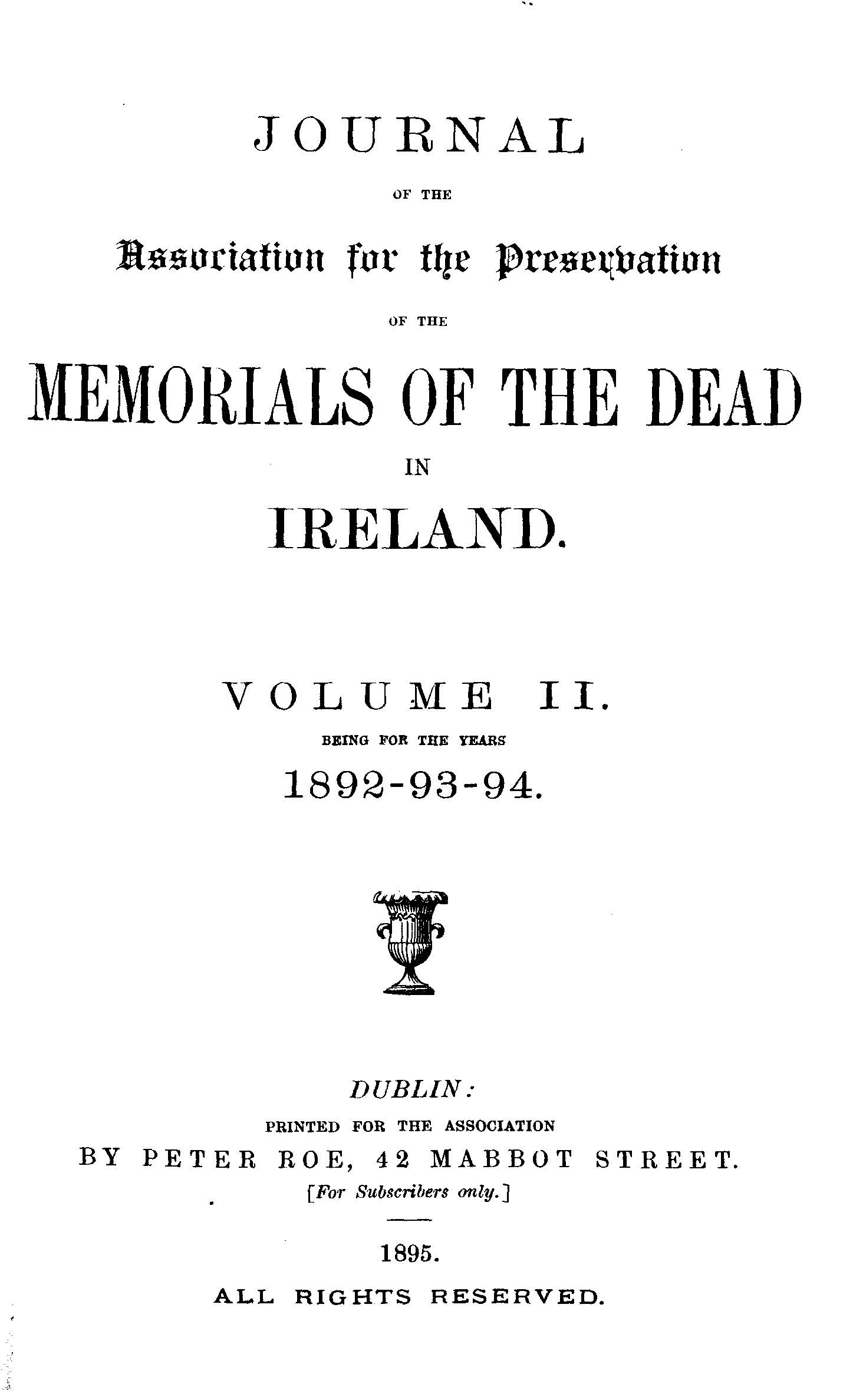 The Association for the Preservation of Memorials of the Dead was born out of Philip D. Vigors fervour to honour the dead by preserving the tomb and headstones that marked where a person or family’s’ remains were interred. Through the enlistment of willing participants in this endeavour the Association compiled an impressive catalogue of volumes, dating from 1888-1934, pertaining to the engravings and epitaphs that so reverently evoked a families’ memories of a loved one(s) who had passed. The engravings were captured in the form of etchings or drawings diligently carried out by the volunteers and members of the Association are reproduced in the Volumes. The Volumes are, as Vigors wrote himself, ‘a record of those who have gone before us’. These volumes are undoubtedly an invaluable resource for those who are carrying out family history research. Volume II covers the years 1892-1894 and features reports from counties and lists of subscribers.