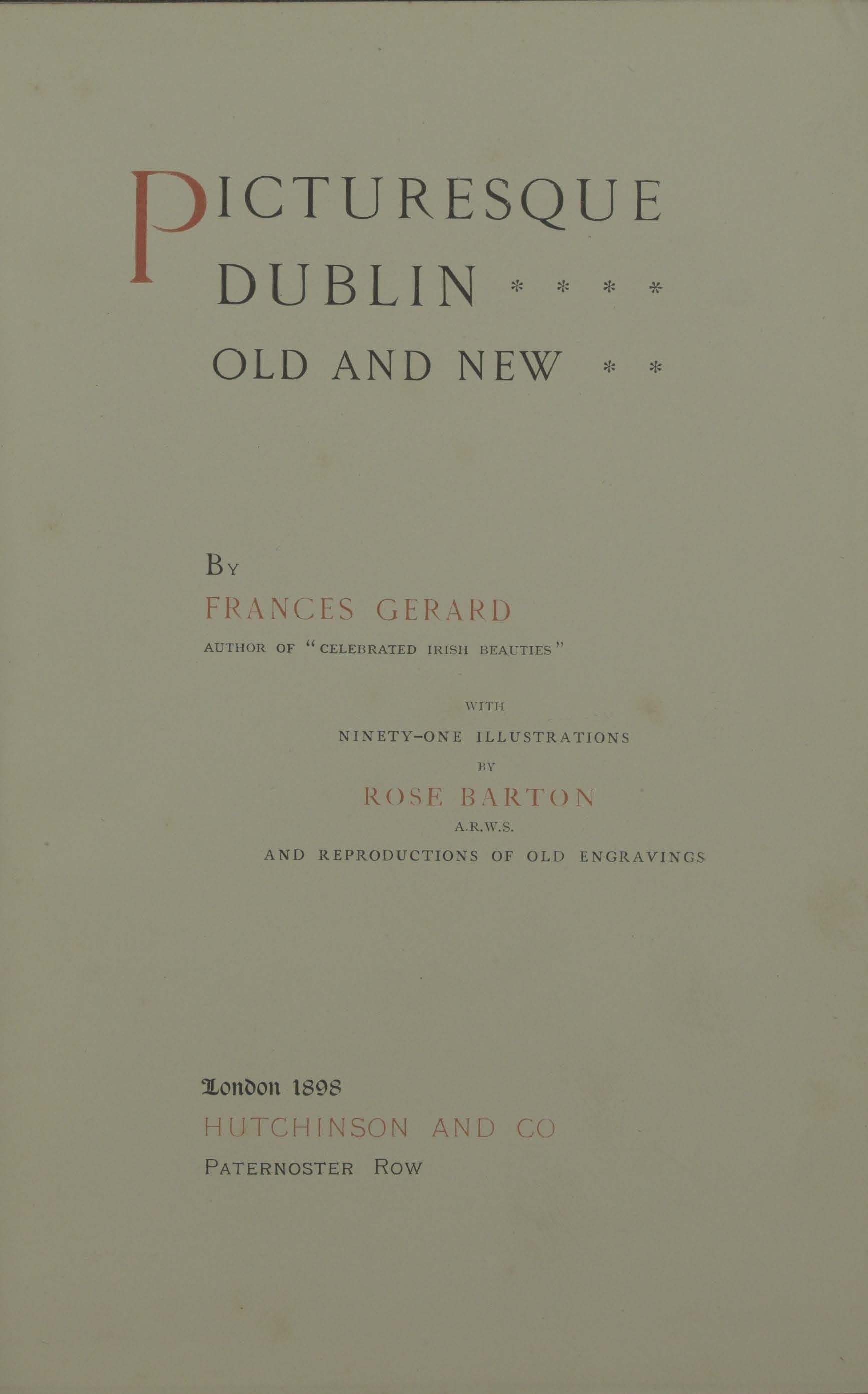 Picturesque Dublin Old and New by Frances Gerard was published in 1898 (Hutchinson and Co.) and illustrations by Rose Barton is a very interesting look at Dublin and its environs in the last few years of the 19th century. Gerard writes of the beautiful architecture for which areas such as Stephens Green and Merrion Square are today synonymous. Dublin city, back then, was somewhere a person could escape to for that, as Gerard writes in her introduction, dolce far niente (trans. Sweet nothing). Despite admitting that there have been many publications on the city of Dublin, Gerard admits that her publication differs in that it features sections on The Liberties, Kilmainham, Chapelizod and Glasnevin. Gerard adds that she loves ‘...every corner and nook of the quaint old town where the happy days of my youth were spent’. The publication contains seventeen chapters interspersed with images and illustrations and allows an interesting perspective on Dublin and its inhabitants prior to the more tumultuous periods to come in the first part of the 20th century.