Memorials of Those Who Suffered for the Catholic Faith in Ireland in the 16th, 17th, and 18th Centuries. 1868 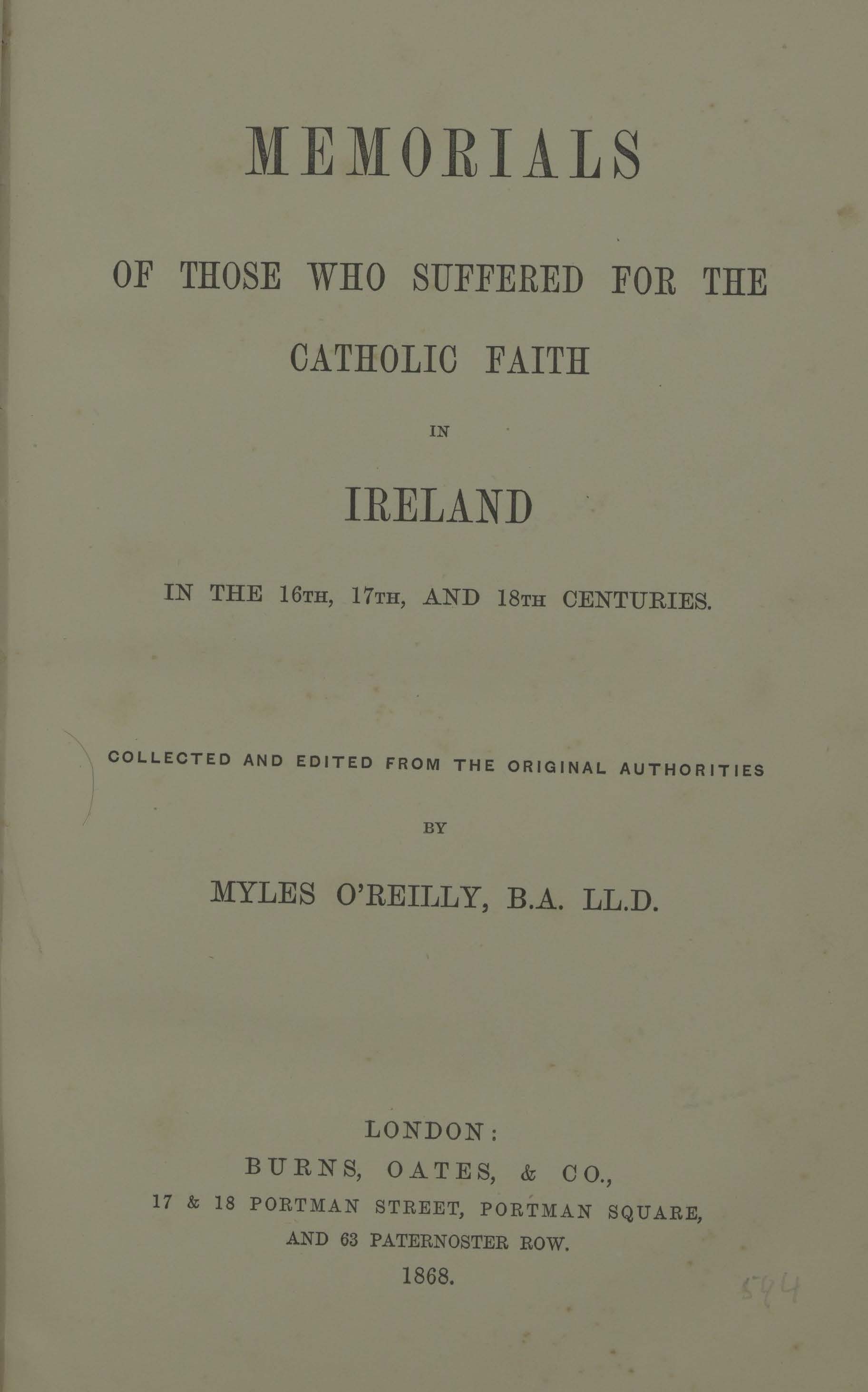 Published by Burns, Oates & Co. in 1868 Memorials of Persecution begins with the reign of Henry VIII and ends with the reign of Charles I. O’Brien lists the names of those who were persecuted against or killed for the faith they followed. In the preface O’Brien stated that ‘England had conquered Ireland, but never absorbed its identity in her own, and, although she nominally ruled it, her rule up to 1600 was far from being consolidated. England became Protestant, whilst Ireland remained catholic, and hence the persecution of Catholicity in Ireland was not only the persecution of the believers in one faith by adherents of another, it was also the persecution of the conquered by the conquering race…’ This publication is undoubtedly a very interesting viewpoint on Catholicism in Ireland and how it was not merely a faith that was practiced by the people of Ireland but how it was also inextricably

John Savage's '98 and '48: The Modern Revolutionary History & Literature of Ireland