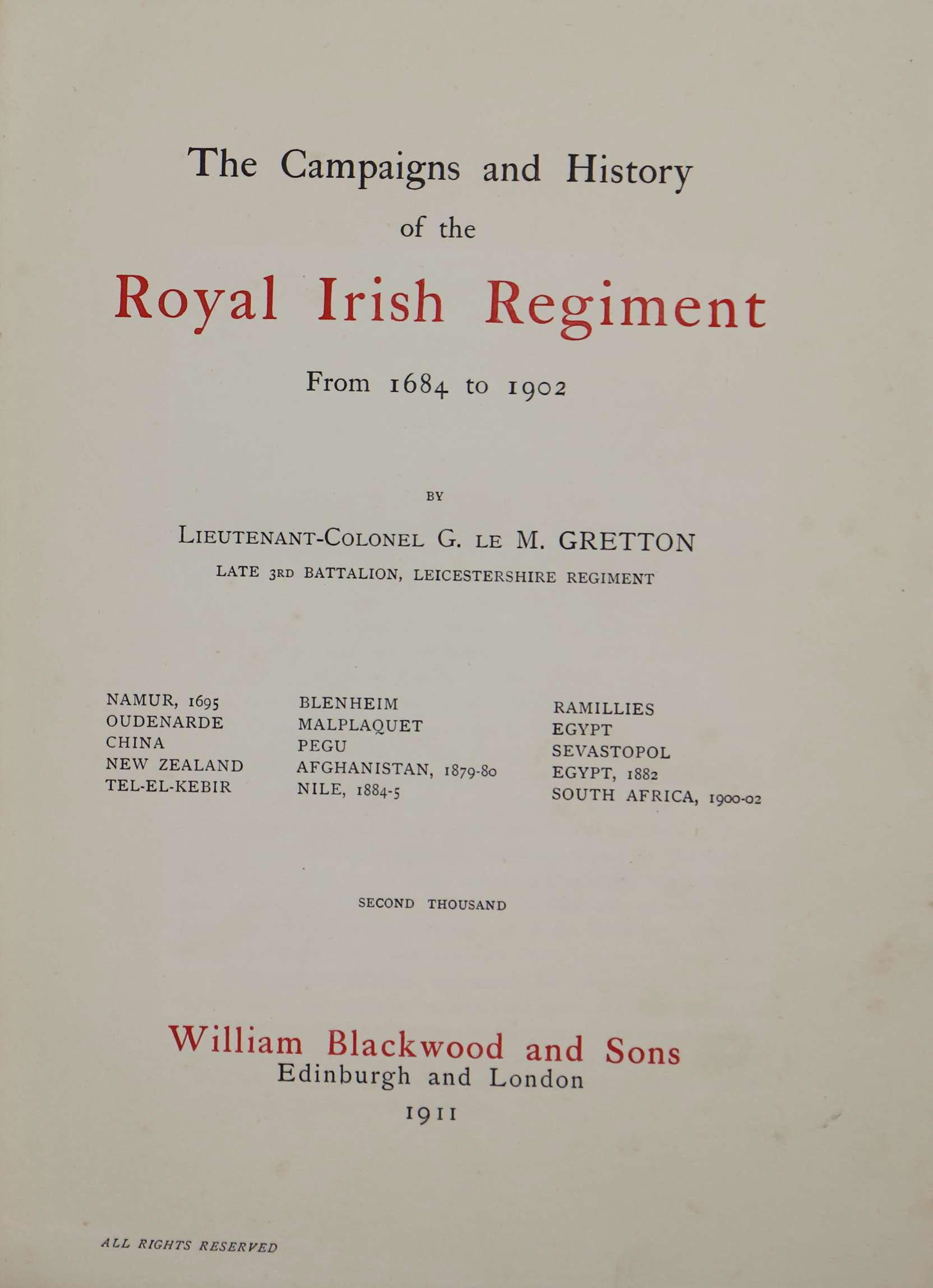 Published shortly before the outbreak of the First World War, this is George Le Mesurier Gretton’s comprehensive history of the Royal Irish Regiment. Beginning with the raising of the regiment in 1684 and continuing with all its campaigns through Europe, China, Burma, India, New Zealand, Afghanistan, and Egypt, the volume concludes with the Boer War in South Africa. In nearly all the fields of battle the Royal Irish was to the forefront of the engagements, earning the regiment a reputation that was second to none in the British Army. The regiment was mostly comprised of Irishmen, with Clonmel as its home depot, and was only disbanded after over 230 years of service when Ireland became independent in 1922.

Journal of the Association for the Preservation of the Memorials of the Dead. Volume V, for the years 1901-1903. 1903