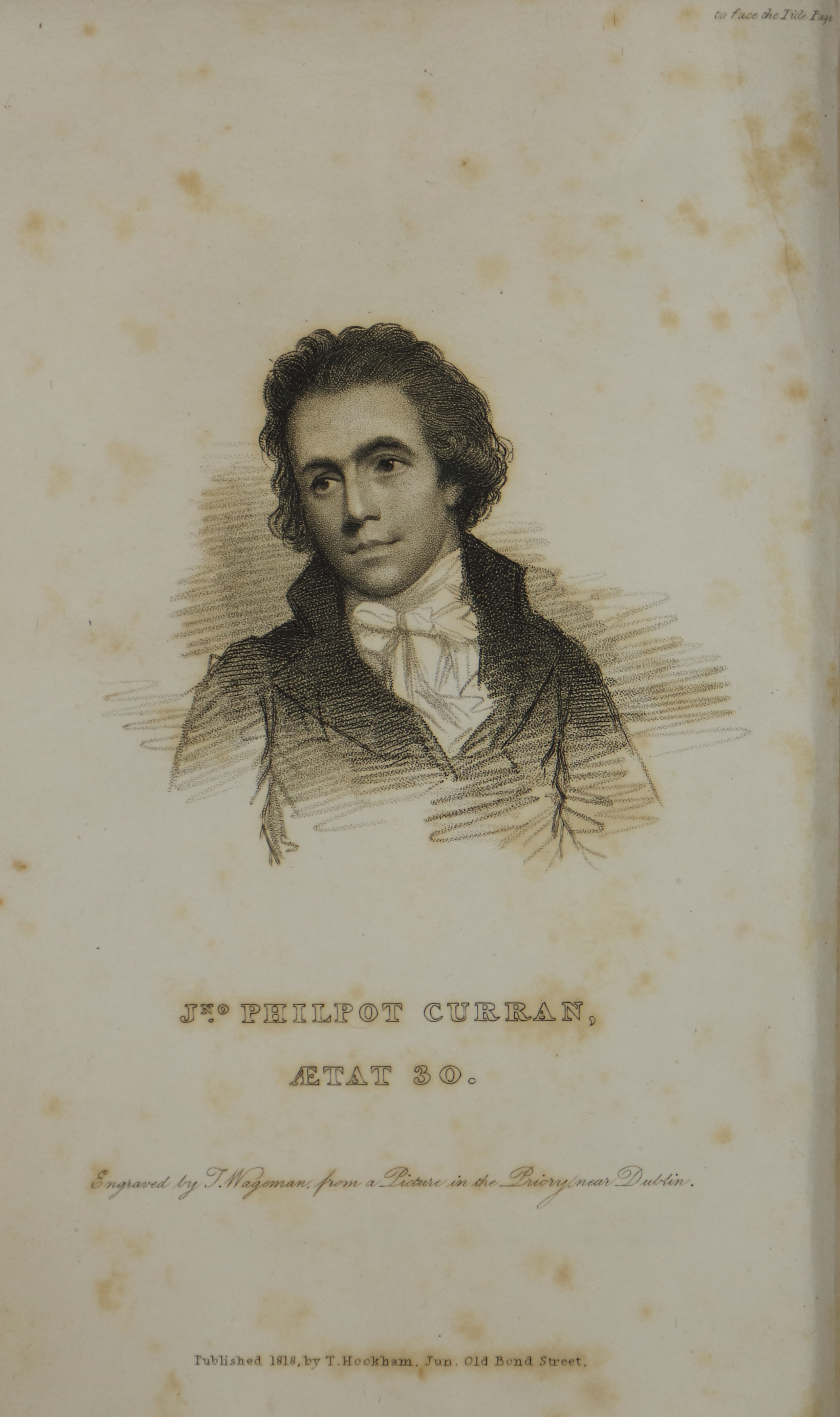 John Philpot Curran (1750-1817) was a native of Newmarket, County Cork who held the office of Master of Rolls in Ireland. He was also a Member of Parliament for Kilbeggan and Rathcormack respectively. Curran gained a law degree from Trinity and was a member of the Church of England and Ireland. Curran was a liberal Protestant who opposed the Act of Union and was so disappointed at its institution in 1801 he considered moving to the United States. Curran most notably represented several the United Irishmen including Wolfe Tone and Lord Edward Fitzgerald. In the preface to this publication Phillips stated that his object ‘has been to preserve as much as possible of the mind and manners of this extraordinary man, for the gratification of those who knew him, and for the, however faint, information of those who knew him not’.