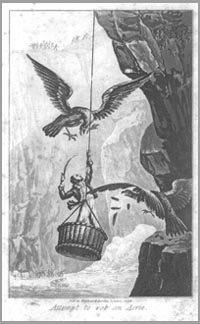 First published in 1832 and republished here in fully-searchable electronic format is the 1838 London edition of Wild Sports of the West. With Legendary Tales and Local Sketches. Containing some 414 printed pages as recently as 2006 The Sunday Post in its review of Rough Shooting of Ireland declared that Wild Sports of the West remained one of the classics of Irish rural life of the nineteenth-century in a world in which gentlemen revelled in their privileges and peasants understood that their role in life was to help them enjoy those luxuries. It was here that Wild Sports of the West portrayed the delights of wild fowling where peasant gamekeepers made sure that there was always sufficient wildlife to provide entertainment 'and tasty dishes for gentlemen'. Written by William Hamilton Maxwell (1792-1850), Maxwell was born in Newry and had inherited from his grandfather, murdered in 1798, a love of the military. As a boy it is told that Maxwell was was preoccupied with arms and he later claimed that as a child he had witnessed more than twenty duels. Educated at Trinity College, Maxwell's preferred career path was that of a soldier, but forced by circumstances and the direction of his benefactor he undertook holy orders, a career by all accounts that he had no vocation for. Ordained in 1813 he was initially appointed to the poor curacy of Clonallon overlooking Carlingford Bay. However, his fortunes changed when he married in 1817 the daughter of Leonard Dobbin, MP for Armagh City and was soon given that valuable living of the Rectory of Balla in Co. Mayo worth some £400 a year. While here Maxwell took advantage of the rent free cottage given to him by the Marquis of Sligo from where he pursued his much-loved hunting and fishing expeditions. He was also a regular visitor to the garrison at Castlebar becoming an honorary member of the officers mess where he overheard many of the war stories from veterans of the Napoleonic Wars that were to embellish his highly popular works of fiction. His first effort was the unsuccessful O'Hara (1825), but during the periods when hunting was poor he wrote the highly successful Wild Sports of the West (1832) followed by the military novels Stories from Waterloo (1834) and the Life of the Duke of Wellington (1839-41). These are credited with starting the school of rollicking military fiction, which culminated in the novels of Charles Lever. Maxwell also wrote, amongst other things, a History of the Irish Rebellion (1845) a refutation of Madden's Lives of the United Irishmen. Removed from his benefice in 1844 Maxwell became a full-time man of letters with many of his writings becoming standard texts of British military history, leading some to rumour that he was a military veteran. Wild Sports of the West is comprised of forty-four chapters, which take the form of letters of the writer's - Maxwell's - adventures to his friends and acquaintances. These portray in vivid accounts some of the wild and in some instances not a little fantastical adventures of the writer as he hunted, fished and poached in the west of Ireland and retold the local stories and anecdotes of the west relayed to him by his local guides and gamekeepers. Wild Sports of the West was and remains a classic of Irish outdoor pursuits and will greatly appeal to anyone interested in the outdoor pursuits real and fantastical portrayed by a very entertaining storyteller.