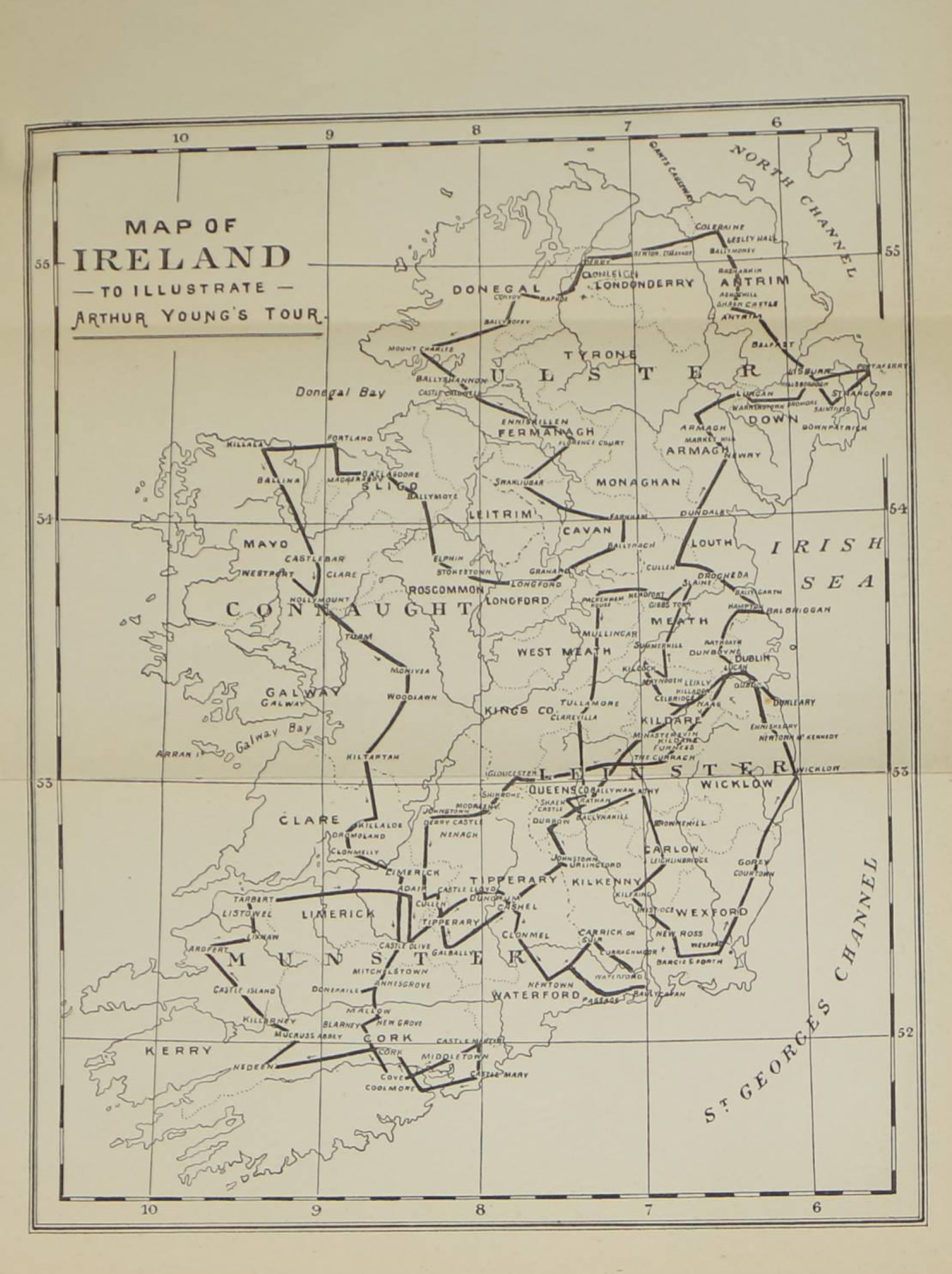 Arthur Young’s Tour in Ireland was initially published in 1780, but no other complete edition was made available until this printing in 1892. Young’s Tour in Ireland has been described as the “first faithful portrait of its inhabitants”. The two volumes of Young’s work are presented here in one publication. Part 1 covers the “minutes” of the tour, giving detailed accounts of the places he visited, both North and South, and the people he encountered. A keen agriculturalist there is a focus on the land and agriculture, including many statistics. Part 2 contains numerous discussions on the political, social, economic and religious condition of Ireland during this period. It also contains an appendix with much of Young’s subsequent work on Ireland after 1780. For anyone with an interest in life in pre-famine Ireland this is essential reading.