The Royal Irish Constablulary Manual or Guide to the Discharge of Police Duties, 6th Edition 1909 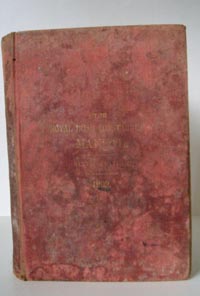 First published in 1866 and republished here in fully-searchable electronic format is the sixth edition of The Royal Irish Constabulary Manual, published in 1909. While the first code of regulations for the Royal Irish Constabulary had been published in 1837, the year after the service had been reorganised, it was not until 1866 the a complete manual was issued, entitled The Royal Irish Constabulary Manual; or Guide to the Discharge of Police Duties. The preface to this was written by J. Stewart Wood, Inspector General of the Constabulary Force in Ireland and in this Wood noted that while it was impossible to anticipate every event and and difficulty a policeman might encounter while attempting to discharge his duty, the Constabulary Manual would afford many of the answers to many of the questions and be suggestive of others. By the time that Neville Chamberlain then Inspector General of the Royal Irish Constabulary came to write his preface for the 6th edition in 1909 the work of the police and risen dramatically. Although much of this was to do with the prevention and detection of crime and administration of Civil Law in Ireland, Chamberlain's 6th edition of the RIC Manual was published at a time of growing civil unrest in Ireland. The RIC Manual is in many ways a fascinating social document illustrating all the areas of daily life which might be administered by civil law. The Manual is introduced by a miscellany of advice to officers and men, ranging from warrants, civility and courtesy to the roles and positions of constables, sergeants and inspectors, both to the population as a whole, but also to other strands of civil administration such as magistrates and judges. Part II of The Manual treats on Statutes relating to common minor offences and the expected actions of the police. These includes Acts relating to dogs, guns, poaching, fishing drink, cars, lighting as well as acts of law relating to children. Part III deals with less common offences that an officer might encounter in the course of discharging his duties. These include revenue, customs, poisonous substances, explosives, public health and diseases. The final section details some of the most serious offences, which is introduced by a section on legal terminology and definitions. Part IV includes indictable offences such as homicide, larceny, forgery, perjury concealment of birth and offences against women and girls. Each Section of the Manual, sixty in total, is subdivided into a number of subsections in the form of questions and the appropriate response. For example, in Part IV under the heading Concealment of Birth, regulated under 24 and 25 Vic., c. 100, s. 60., The Manual offers ten situations and actions that should be followed. In subsection 6 the Manual asks: What should the Police be mindful of in such a case? The answer given by the Manual is: To act with extreme caution in order to avoid inflicting cruelty on an unfortunate woman who may have secretly given birth to a child, but yet may not have committed this offence. The Royal Irish Constabulary Manual concludes with how to examine a witness, a full schedule of offences and appendices on finger prints and illegal fishing implements. In total, The Royal Irish Constabulary Manual provides a fascinating insight into the work of the Royal Irish Constabulary and its administration of Civil Law in Ireland.