The Diocese of Limerick, Ancient and Medieval, 1906 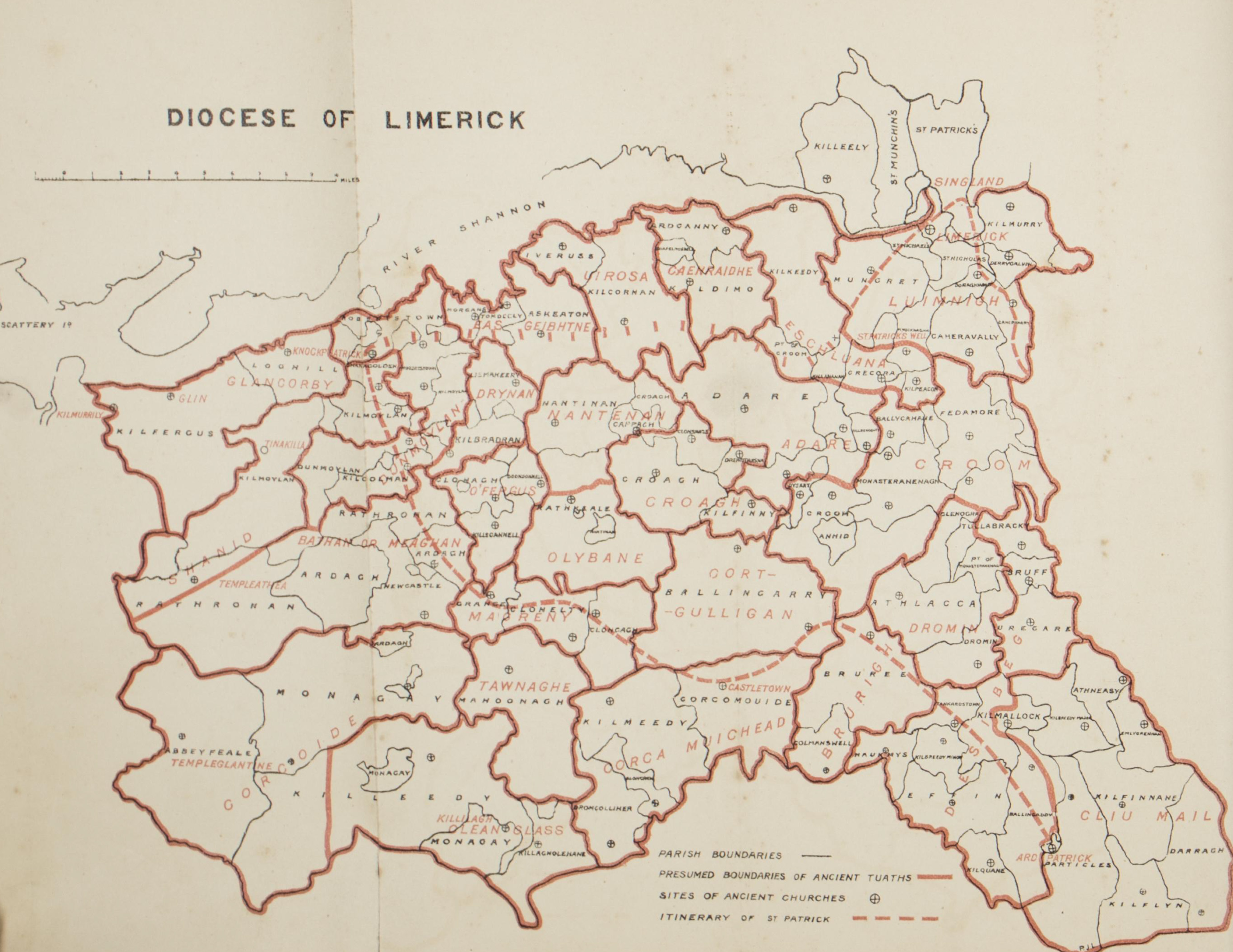 Published in 1906, amid the turbulent times of early twentieth century Irish politics, Rev John Begley’s history of the Diocese of Limerick arrived at a time of increased interest and awareness of Irish and Gaelic studies. Begley’s work traces the events and history of the diocese and places them in a national context, throwing light on the condition of the church in Ireland throughout the period covered by this volume. Covering most of the county of Limerick as well as parts of county Clare, Begley begins with Hy Fidhgente (the old name for the area roughly corresponding with the diocese of Limerick) tracing the arrival of Christianity, the monastic foundations, the arrival of the Vikings and then the Normans. Concluding with the affairs of the county and city, both civil and ecclesiastical, through the 13th, 14th and 15th centuries.