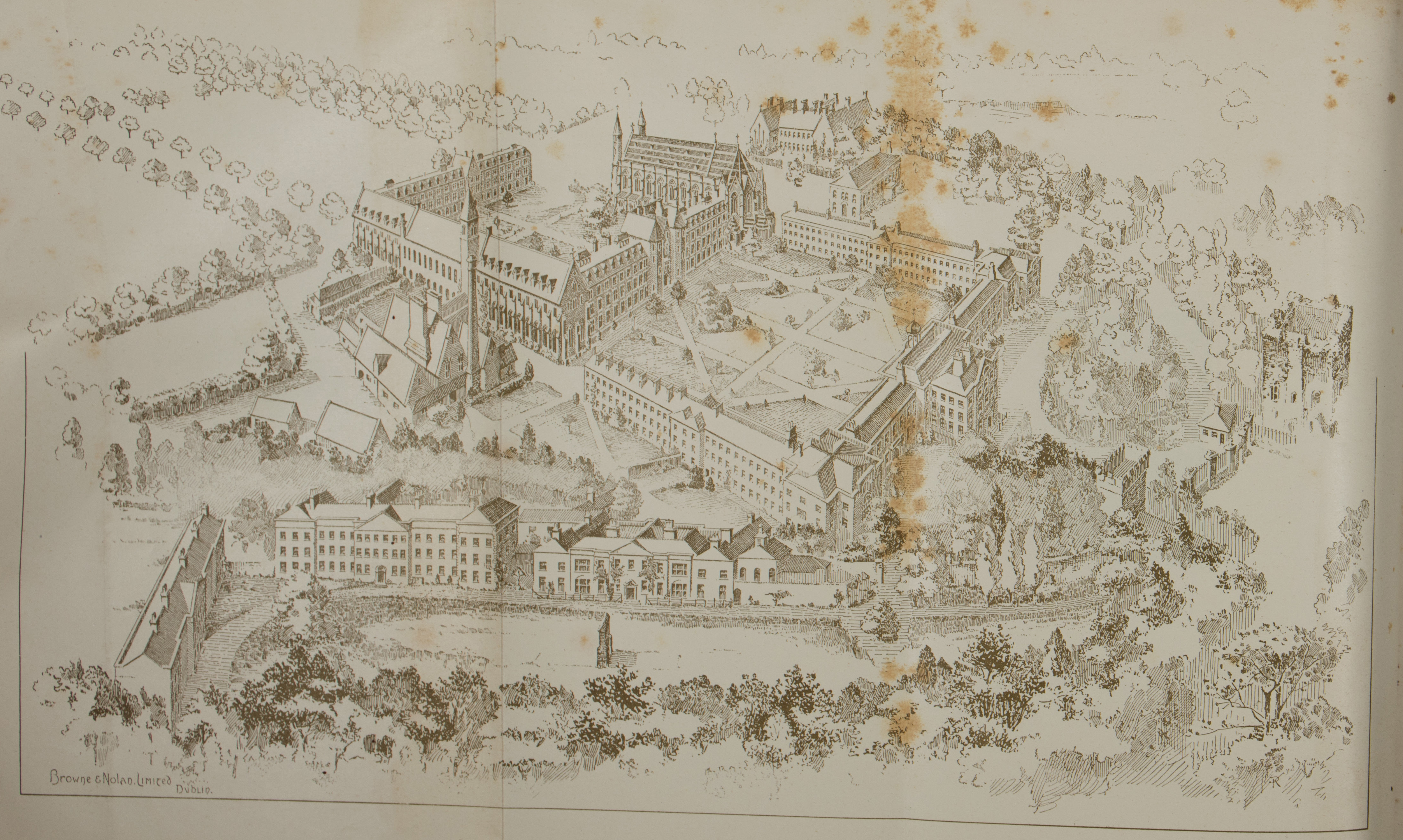 Published in 1895 to commemorate the centenary of what was described as the “most important ecclesiastical seminary in Catholic Christendom”, Maynooth College – its centenary history is a not only a history of the college itself but also a history of religious education in Ireland. Also included is a chapter on the Irish colleges abroad during the penal times. The bulk of the publication centers around Maynooth college itself. From the process of the foundation of the college, the original staff, the internal and external history of the college over the century, some distinguished Maynooth men through to descriptions of the actual buildings themselves, this is a comprehensive history of Maynooth College, an integral part of the town of Maynooth.