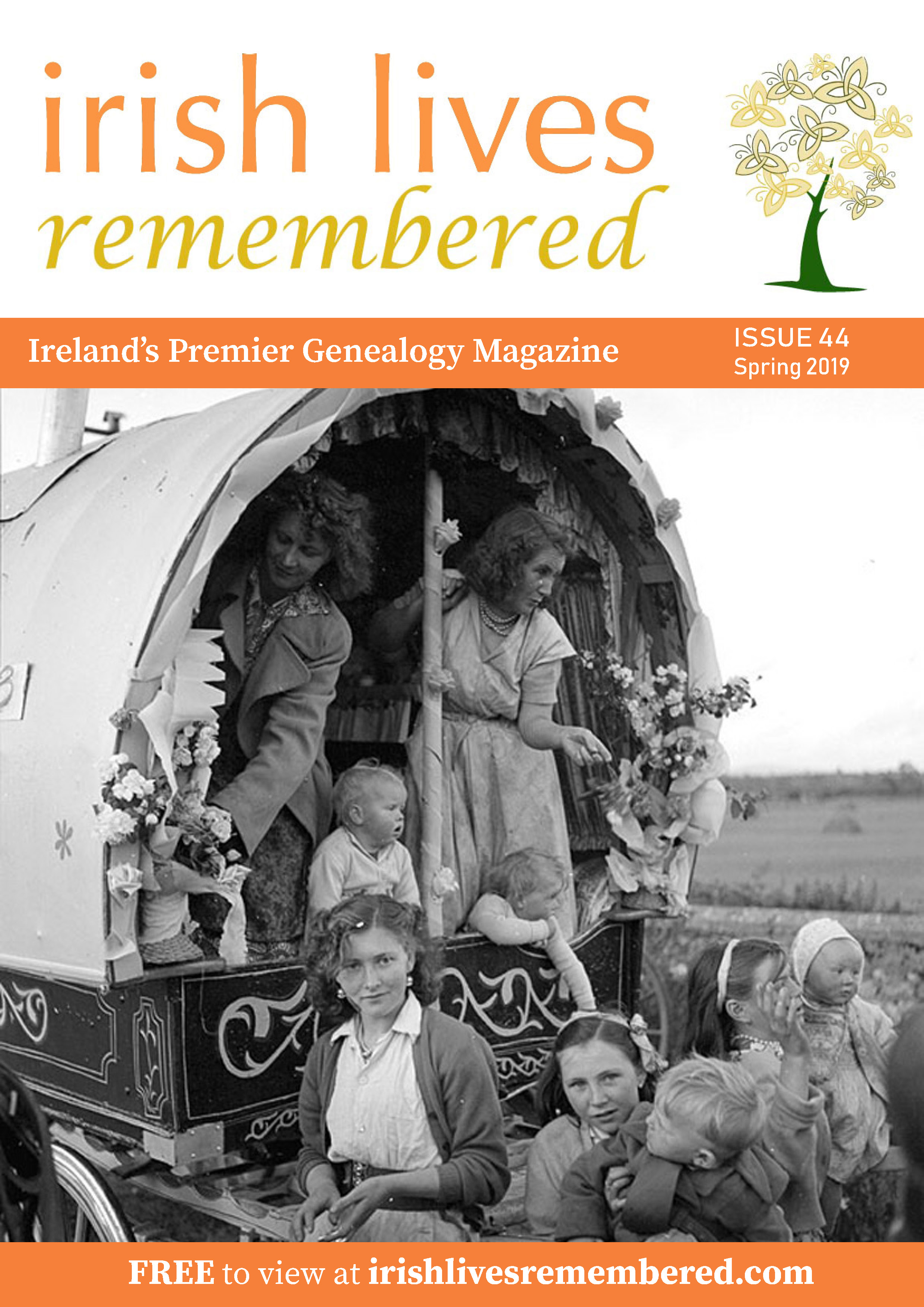 Welcome to Issue 44 of Irish Lives Remembered. This edition features articles on: Evidence for Traveller History: 1800 to Present - Fiona Fitzsimons; Meghan Markle's Northern Irish Roots - Helen Moss, Fiona Fitzsimons; Money, Mountain Dew, and Murder: Illicit Poitín Distillation in Ireland During the 1920s. A Four-Part Series. PART 1. “It was Poverty Made Me Do It”: The Rise of Poitín Distillation During the Early 1920s - Stephen Pierce; New Tools from Ancestry and MyHeritage to Help you Manage Your DNA Matches - Maurice Gleeson; Irish Émigré, Croatian Nationalist. The Life and Legacy of Laval Nugent von Westmeath - Nathan Mannion; Volcanoes, Kings and Bog Bodies- Eamonn 'Ned' Kelly; The O’Neill Surname - Paul MacCotter; as well as regular Genie columns on Irish Chieftains and The O’Sullivan Mór and How can I find my Jeremiah Corcoran?, Pinning Down Two Connected Family Photographs from Drumanduff - Jayne Shrimpton Photo detective, Niall Cullen rounding up the Spring 2019 records on Find My Past and Patrick's Page. There are also reviews on Michael Christopher Keane's The Earls of Castlehaven. Lord Audleys of Cork and Kildare. War, Sex, Corruption, Land. From the Battle of Kinsale to the Great Famine and Beyond [Book Excerpt] and Brigit McCone on Michèle Mendelssohn’s Making Oscar Wilde

I would greatly appreciate it if you could forward copies of all four of Issue 44 - Starting Spring 2019, Summer, Autumn and Winter. My interest is particularly in the undergraduate thesis on Illicit Distillation by Stephen Peirce. If this is not possible you might point me in the right direction.
Many Thanks
Leonard Hurley