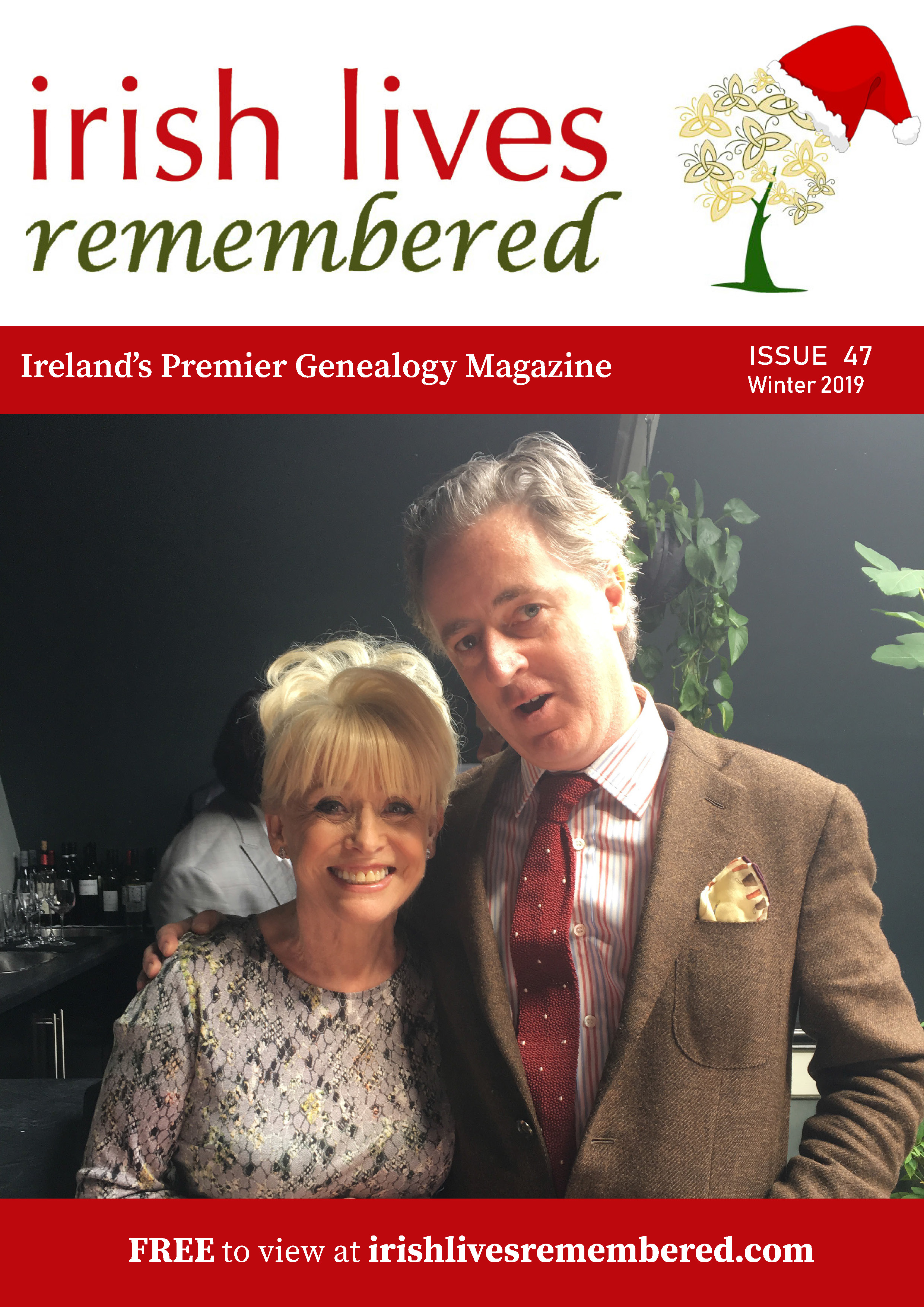 The Winter edition of Irish Lives Remembered has arrived. Another blockbuster of an edition. Featuring articles on Dame Barbara Windsor’s Irish Ancestry, the Collins Family from Cork City by Fiona Fitzsimons; The Broderick Surname in Ireland by Paul MacCotter; Who Needs Genetic Cousins Anyway? by Maurice Gleeson; Defenders of the Sun: The “Divine Twins” in Ancient Irish Mythology by Eamonn "Ned" Kelly; and the final part of the Stephen Peirce's behemoth series Money, Mountain Dew, and Murder: Illicit Poitín Distillation in Ireland During the 1920s. A Four-Part Series. Part 4. There are three of the regular Dear Genie columns, featuring questions on the Hassard and Strong families of County Fermanagh, tracing ancestors through a Belfast Industrial School and O'Hara's on the 1911 Census. Our Photodective Jayne Shrimpton analyses a readers photograph. Niall Cullen discusses the latest Irish releases on Find My Past and Patrick goes in search of the Mysterious Granny Rodden. We also take a look at the new book from Peter Burke, True to Ireland: Éire’s ‘conscientious objectors’ in New Zealand in World War II (2019, The Cuba Press) as well as attend the launch.