Behind the Scenes: Absolute Beginners Find a Trove of Ancestral Gold for Christmas!

It was the week before Christmas, when all through the Centre.

Not a creature was stirring, not even a …

They were a fantastically friendly married couple named Tony and Alison (Fig. 1). I asked if they were interested in doing some genealogy? Indeed they were! But neither were sure if they had any Irish connections; so I reassured them that, although we are specifically set up to do Irish genealogy, we could, in theory, do many nationalities, because several of the databases that customers use are general ones. After explaining the additional benefits of the take-home research pack that they also get, they each bought a ticket and were eager to get going. 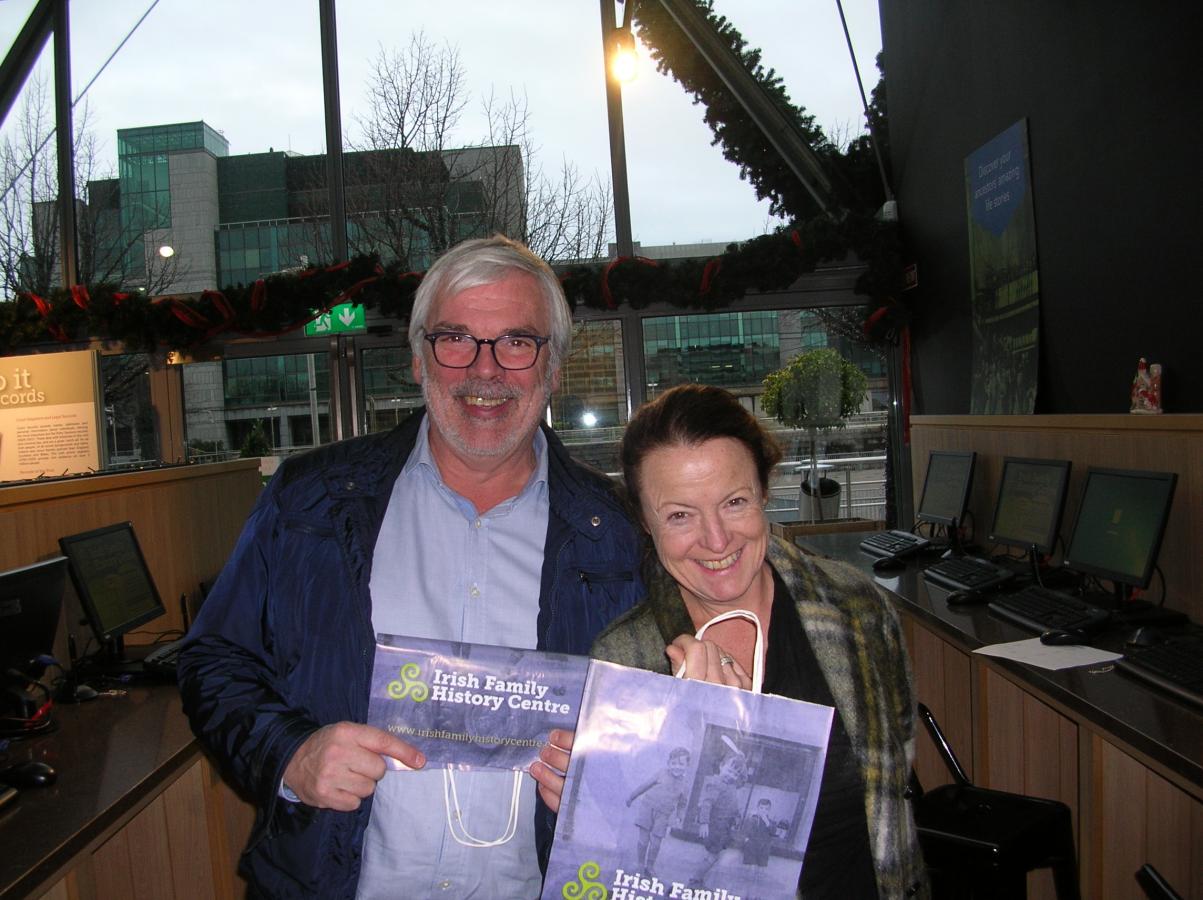 Figure 1 Two of the friendliest and most enthusiastic people I have had the pleasure to give advice to at the Irish Family History Centre (IFHC): Anthony Burkard and his wife Alison Burkard (née Brownhill), both proudly displaying their IFHC take-home research packs after spending almost two hours researching their respective families on the IFHC workstations. Photo: Patrick Roycroft.

While setting them up at their workstations, it transpired that neither of them had ever used any genealogy database before! In their own words, they were “absolute beginners”. Furthermore, they had both come in knowing relatively little: Tony knew one great-grandfather in England; but Alison knew only one grandfather, also in England.

Taking the approach that it is better to teach a man to fish than to catch one for him, I spent about 15 minutes showing them how to use the most immediately useful databases. Tony was researching his Gilpin ancestors, while Alison was researching her Dunn and Brownhill ancestors.

Every so often, I would get called over to explain something. For example, Alison had found some birth and marriage index records in Warwickshire (England) but was perplexed because they didn’t tell her much. I explained that she had to use the information on the index record to order the actual certificate from the appropriate record office – there was no other way. But I spotted that the people she had identified should be babies on the English 1911 census, so I advised her to search that next. Which she did. And they were! As a result, she got more leads to follow.

Tony, in the meantime, had managed to trace his Gilpin ancestors to County Armagh – and in the process prove he really did have Irish ancestry, which delighted him! – but when looking on Irishgenealogy.ie for birth and marriage records, he didn’t realise that he was but a few clicks away from seeing the actual certificates. I advised him to click on the ‘Image’ link … and Bingo! Huge grins.

After Alison had found her relatives on some English censuses, she discovered that on Ancestry.co.uk there were family trees, some of which included known members of her family. She was unsure what to do - I advised treating public trees with caution, but that if a tree came with hard evidence then this could help enormously with her own research. This opened up a further trove of information.

So, after some two hours of researching they had managed, with occasional guidance, to get securely back another two generations (in the case of Alison - with hints on further generations) and, in the case of Tony, to get a further three generations back from his starting position. And in the process, establish his Irish ancestry. As they were leaving, Tony said that he had been told by his parents that he was half Swiss, one-quarter English and one-quarter Irish, but with no evidence. Now he had that evidence!

Tony sent us a note on his time in the Irish Family History Centre:

"Thank you for your support yesterday to get us started. We really enjoyed the experience.

I must admit, we turned up more out of curiosity than anything else, as we have not been on any of these genealogy sites before. Your enthusiasm was infectious and, extraordinarily, after a brief introduction to the principles and sites from you, we were off...

A fantastic experience, that has truly given us the desire to continue.

Thanks again for all your support and all the best."

This was a wonderful case. A couple had come in knowing relatively little. Neither had any previous experience with any online genealogy database. Yet, after being shown how to research, both had made huge progress in a short time. And with their new experience, they left knowing how to continue by themselves.

And that is the essence of the Irish Family History Centre!

Merry Christmas Everybody, and a Happy New Year 2019! 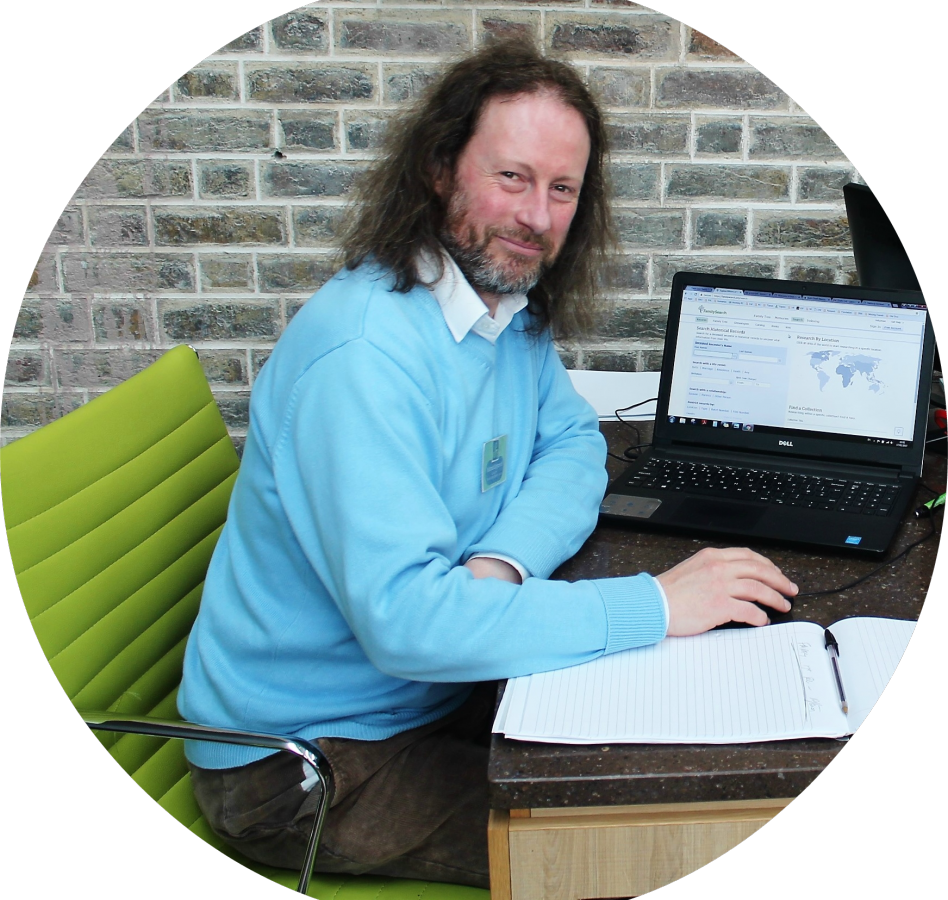 [Names and photos in this story are used with permission.]

Patrick - I thought I was your friendliest client - but there we go - eaten bread soon forgotten. I hope you had a great Christmas - Bernadette Fahy