The sending of greeting cards at Christmas was, in my family, the preserve of my mother.

Everyone was shoo -ed out of the way, television and radio switched off,  dining table cleared of all clutter and then a frantic search for The Address Book.  My siblings would then smartly do a disappearing act and unwittingly I became mother’s acolyte for this task.   Little did I know this would be my first foray in to genealogy.

My job was to address the cards, in neat intelligible writing.   If a card was not delivered, due to illegible writing, there was the very real danger that offence would be taken and the ensuing long silence would have to be examined and explained.  It simply was not worth that hassle, so great care was needed in writing clearly.  This  awareness, from a young age , of a the need for  legible script has been emphasised over and over in my work as a genealogist.  A legible script is such a gift to later generations.

By the time, I had painstakingly written the address, mother of course was on the next recipient.  But to engage with this exercise, I had to understand who these people were. The constant interruptions to try to make sense of who these people were (and why did we have to send them a card?) tried my mother’s short supply of patience.  But I persisted, because I needed to know how these people fitted together.  Clearly their value to my mother was immense, as she was prepared to halt all normal proceedings to Get The Cards Done. 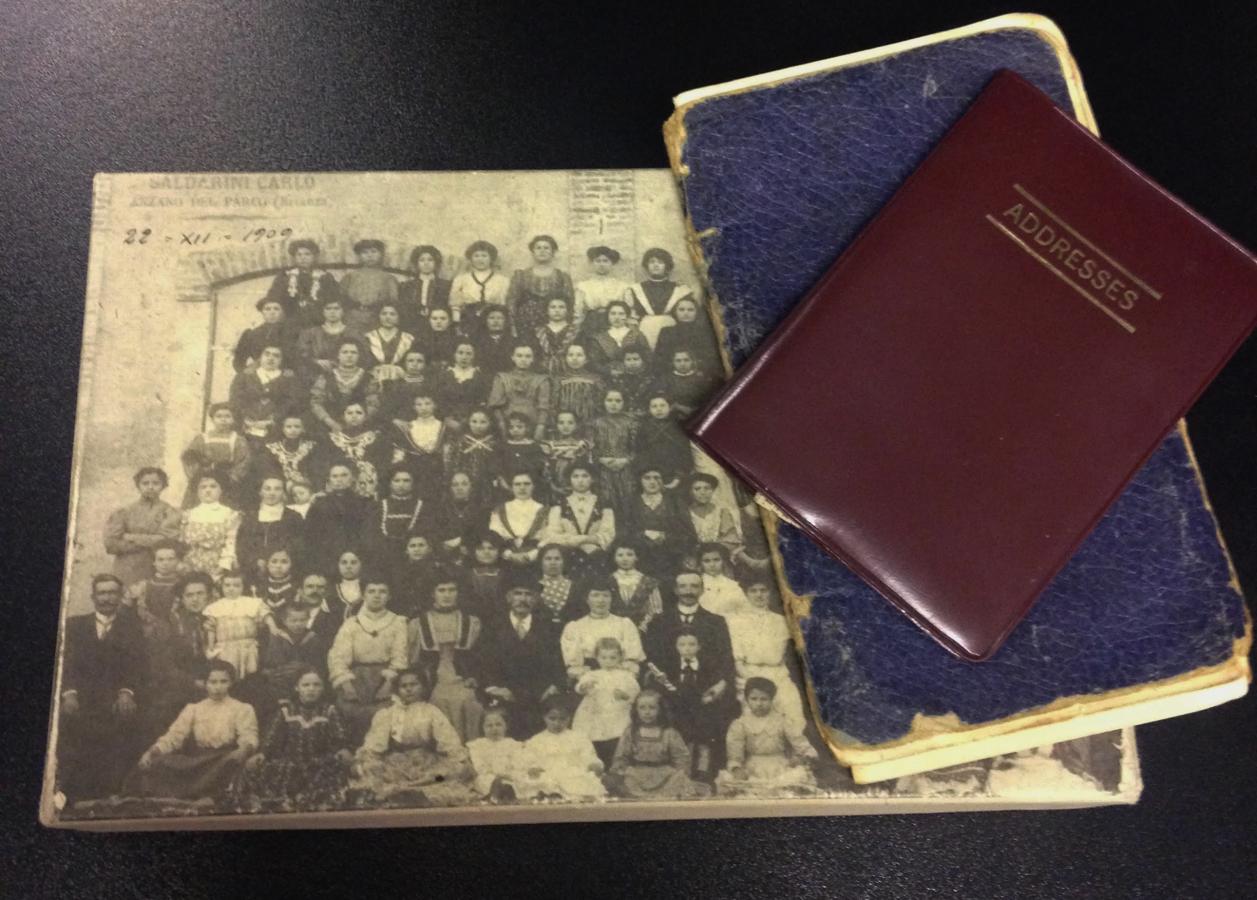 But mother was the product of two Meath people, though we (Dubliners) didn’t advertise that too much.  These were the people in the cards that I became curious about. The kinship relationships hidden behind the strange names in The Address Book became a source of fascination.

Slowly, I came to piece together that my mother herself had cousins.  I knew what a cousin was, they were a joy that brightened your visit to grandma’s , who teased you mercilessly, whose Christmas visits meant generously funded trips to the cinema, brought magic to summer birthday celebrations.  Cousins were woven into the very fabric of my childhood

But mother had cousins? Who knew?  I just had to understand how these people in The Address Book were related to my mother.  I grappled with the concept that my elderly grandmother had eight brothers and sisters, who married and had their own children.  It was reasonably easy to connect a surname as a relative, but navigating the intricacies when sisters married and had children, Over time, I learnt to embed these extended family in to my knowledge base.

By the time I embarked on my formal studies in genealogy, I had unwittingly absorbed much that would be of use to me in family history: doggedness, persistence, and a boundless curiosity about family relationships.

Mother’s family history was complicated by the fact that her paternal grandparents, aunts and uncles and cousins lived in the US.   Her father, my grandfather, was very close with his American brothers and sisters, with whom he regularly corresponded.  When you add a beloved sister in law to his four brothers and two sisters, the volume of mail was such that I was detailed to become his correspondence secretary. The many letters, back and forth over the Atlantic, relayed news of christenings and marriages in this strange far off land.  Keeping on top of relationships in the extended family would prove useful for a budding genealogist.

The delight in corresponding and sharing in each other’s lives has passed down through three generations, across five branches of my grandparent’s family.   Embracing email communication, ongoing correspondence with my cousins Ellen in Granville, Susan in Minnesota, Marilyn in Buffalo, Dawn in Poughkeepsie, Thea in New Jersey is the unexpected legacy of those far off Christmas card days….. Happy Christmas families everywhere……