Professor Amy Harris of Brigham Young University, will be teaching the English track in the British Institute in September. Her research interests centre on families, women and gender in early modern Britain. She uses both her historical and genealogical training to study family relationships of the past. 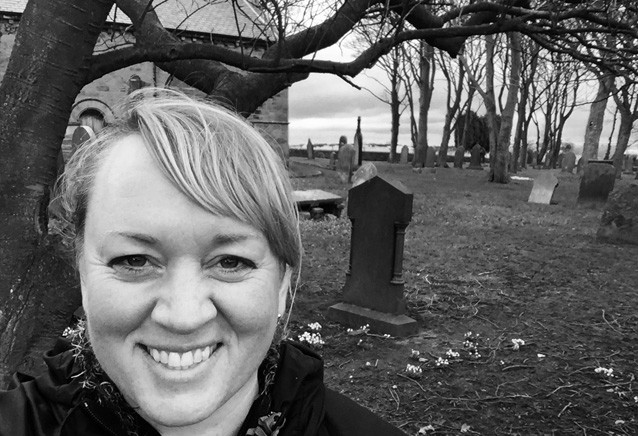 Earlier this summer, our very own Fiona Fitzsimons talked with Amy Harris about what anyone enrolled for her course in the British Institute, should expect.

Fiona: Can you tell your readers how you chose British history and family history as your research focus?

Amy: I concentrate mostly in the 18th Century but I push back into the late 17th Century and forward into the early 19th Century. Primarily English history, although I’m working on some new projects, that hopefully will extend to other parts of the British Isles and the British Empire.

The 18th Century is a good time to study families because so much was in transition in the West, so in the development of modern families in that period.

Fiona: What are you most looking forward to about teaching the British track in this coming September 2017?

Amy: That’s a great question.  I’m just thinking that the students are going to be really fun because these are going to be pretty serious people that have a lot of background. And so they’re going to have really interesting cases they’re working on.

We’re focussing on the English after industrialisation began but before civil registration [1837].  So, I’m just looking forward to having a bunch of really engaged people who have a lot of background, who are really wanting to dig down in the details of the detective work it takes in this period. I think it will be a lot of fun.

Fiona: What do you enjoy most about being a historian?

Amy: The detective work, the genealogy and history, that part is a little bit of a thrill, right? The chase, the detection, the mystery, the puzzle. Which I think most people in the genealogy industry share, trying to puzzle out something.  That has a lot of energy to it

The most rewarding part about studying history and genealogy is the sense of the humanity of people in the past, that they’re real people making real choices in their time. And you can have sympathy or compassion or empathy for those decisions, even when they’re, you know, not decisions you would make yourself. I think that’s the most rewarding bit in the long haul.

Fiona: Why will your track, the British track, interest so many genealogy lovers?

Amy: Well, I’ve taught British genealogical methods at university level for a decade now. And that time [1750s to 1839] is when the vast majority of intermediate or advanced genealogists encounter problems. This is where most people get bogged down in their English research. I think it will be quite satisfying to discover ways to manage it better and to figure out strategies.

Fiona: Is there any question you get asked in the history of family that you dislike getting asked?

Amy: [Laughs] I don’t know if it’s a question so much as statements or assumptions that then drive a set of questions. The assumption that somehow families in the past were perfect or they were always stable, everybody knew their place and did their jobs, there wasn’t any tension. There’s a sort of assumption that somehow the World post World War II has just destroyed the family, and it will never get back to those golden days. Or that marriages were so solid, or so people assume, because they couldn’t get divorced, that was somehow a golden era [laughs].

I just think that’s not even human nature, it’s impossible! There’s no time in the past where families somehow had it figured out. Families have always been under pressure, [and] have always faced difficulties.

One of my favourite things is to explode the marriage [myth] where people think everyone got married at 15 or 16 particularly the girls. So, when they learn that that’s not true, that women married in their mid to late 20s, and were sometimes older than the men they married, that’s a fun message to explore, because then we can have a conversation about what that says about marriage.

Fiona: What will the audience at the British Institute take from attending your track?

Amy: I’d hope they’d take really good solid foundational skills they could use, no matter the project.  So undoubtedly they’ll be working on one or two things for themselves that will be very specific but I’m hoping they actually learn really the methodological building blocks and refine or solidify their understanding, to use in other research projects.  So, take the methodology for English research, and apply it beyond, to 19th Century Virginia.

Fiona: How can somebody best prepare for taking your track?

Amy: Before you come to the class make sure you’ve done the later research first, and build a really good framework for what needs to be done next.

If you have a family tree where let’s say half the siblings were born in the 18 teens and half in the 1820s, search for all of those people in the later censuses, in civil registration, burial records and probate, anything from the later part of the 19th Century.  Then you have every possible clue and every possible piece of data from when the records were good or have more information. So that when we get to class we can talk about this group of people. Then we have the clues to jump into the earlier research

I think most people are probably doing that but I just would want to underscore that you should do that for everybody in the family group you’re interested in.  .

Amy: One of my favourite tips to students is to think about how content and records change at particular moments in time, and how that can influence finding earlier people or earlier generations.

In English research look for christenings after 1813 because the parish registers give more content about their parents. Of course, that doesn’t only apply from 1813 forwards, that influences how you research back to the 1790s for example.

Fiona: Okay, last question.  If you could choose one person from history and ask them a question to which they had to give a truthful reply, who would it be and what question would you ask?

Amy: So I don’t know if I’d choose a particular individual but if I could choose one of those people I’d written about in my first book.  I would ask them, did I understand anything?  Did I illuminate something about you and your family?  Did I get that right?  Or did I misrepresent you?’  Yeah, I would really like the answer to that question.

Brilliant. It’s that willingness to connect and to understand that drives so many rsearchers. Dr Amy Harris thank you for agreeing to be interviewed.

Dr. Amy Harris’s first book, Siblinghood and Social Relations in Georgian England (University of Manchester Press, 2012), examines the impact sisters and brothers had on eighteenth-century English families and society. Her most recent work, Family Life in England and America 1690-1820 (Routledge, 2015) 4 volumes, was co-edited with Rachel Cope and Jane Hinckley.

Prof. Harris is currently working on a new book: A Single View: Family life and the Unmarried in Georgian England, which analyses family relations across the lifespan of never-married men and women. She is also in the mid