Genealogy and geology make curious bedfellows, but the two subjects lay happily side-by-side for the summer of 2015. And it was Eneclann who acted as matchmaker.

In the May 2015 Eneclann Newsletter, the call went out asking for genealogists and historians to help on a project that was to use the Irish minerals in the UCD mineral collection to start assessing and publicizing, for the first time, Ireland’s mineral heritage (Heritage Council of Ireland 2015 grant CBH05247). The genealogists, it was hoped, could find out who some of the people were whose names appeared on a few dozen of the specimen labels. The genealogical community responded magnificently.

Three people in particular put in a huge amount of work, for free, over several months: Ruairi Sheehy, currently a fourth-year undergraduate student of History in Trinity College Dublin;

and the dynamic pair of genealogists who comprise Impossible Ancestors, Margaret Bonar and Elizabeth (Betty) Craven. Their excellent reports, which added human drama to the mineral drama, have been submitted to the Heritage Council as part of my own Final Report. 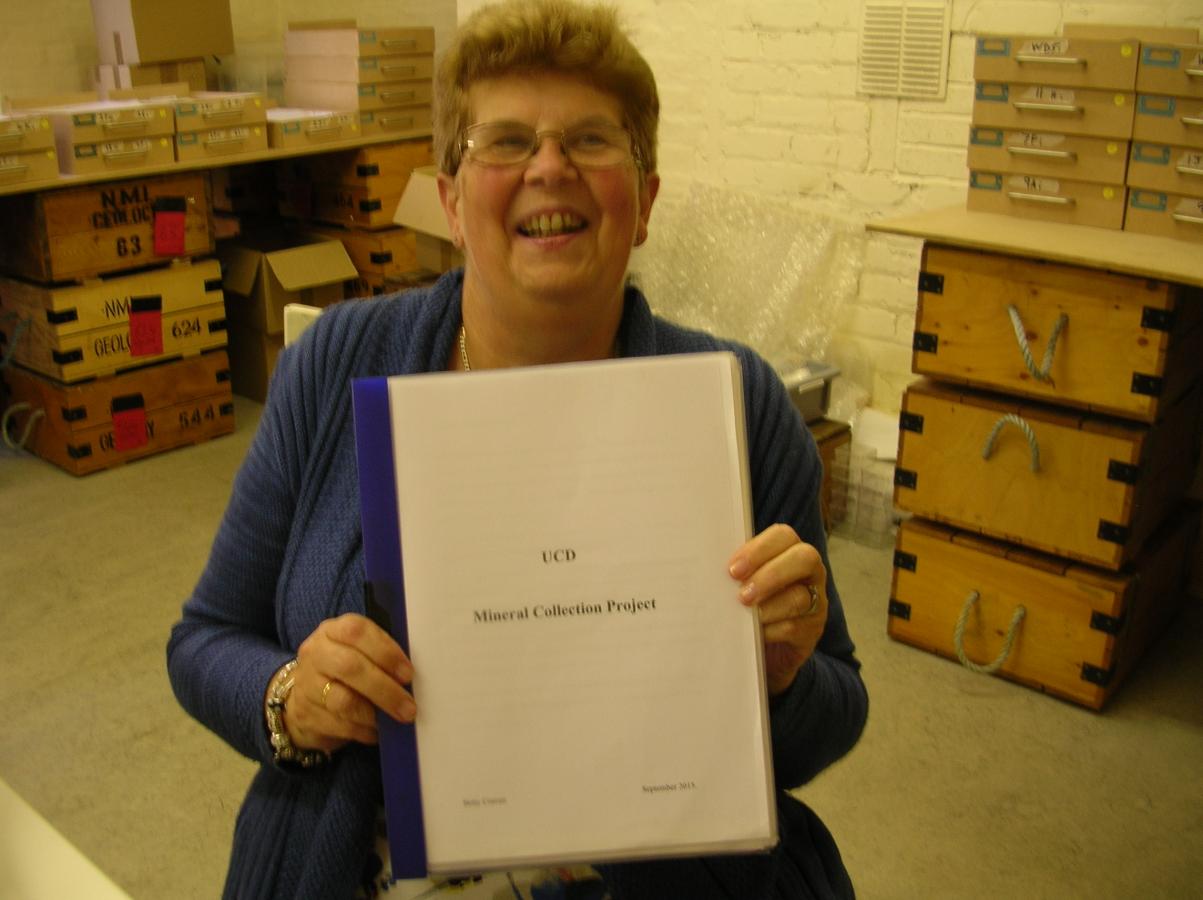 A spin-off if this very novel involvement of genealogists on a mineral heritage project were two talks, both by Dr. Matthew Parkes (Assistant Keeper, National Museum of Ireland–Natural History), in London to international audiences of geologists and museum curators on thinking outside the box and getting genealogists to help not just with mineral labels but with any museum specimen that has an unknown name attached. The wider implications of marrying genealogical skills to heritage and specimen problems – here and abroad – are only just being realised.

I would like to thank Eneclann (Fiona Fitzsimons and Brian Donovan) for helping to initiate this project.

Paddy Roycroft and his new book at the Launch