Clooney’s Irish ancestors were small farmers from Windgap, co. Kilkenny. In the 1850s local farmers competed for land.
This sometimes tipped-over into violence. New evidence proves that in 1852 Nicholas Clooney (George’s great x 2 grandfather) was violently assaulted. Months later he was harrased through the court system.

“In 1852 Nicholas Clooney suffered a real injustice. He decided shortly after to leave Ireland and settle in Kentucky. The rest is history.” Says Fiona.

Research showed that Nicholas’s widowed mother (George Clooney’s great x3 grandmother) remained behind in Ireland.
“Now through a family connection and for the first time, we have photographs of the old Clooney house and farm taken in the 1930s, 40s and 50s. The photos show a way of life now vanished. It’s closer in time, and probably also in terms of experience, to the life of the immigrant Clooneys.” 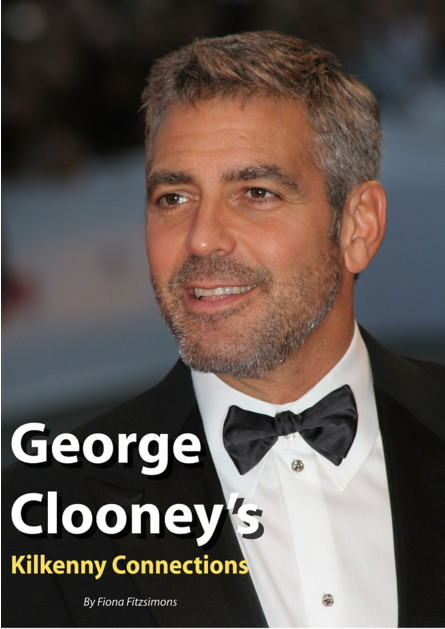 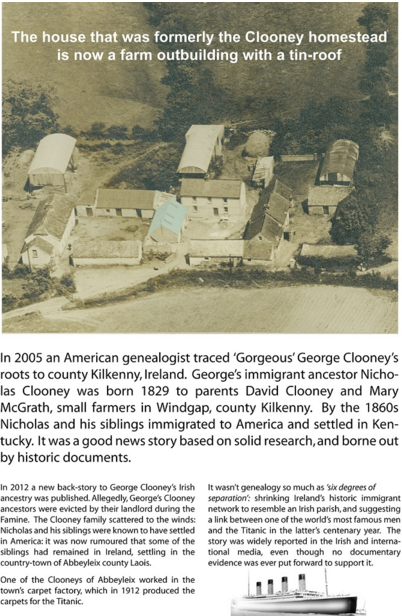 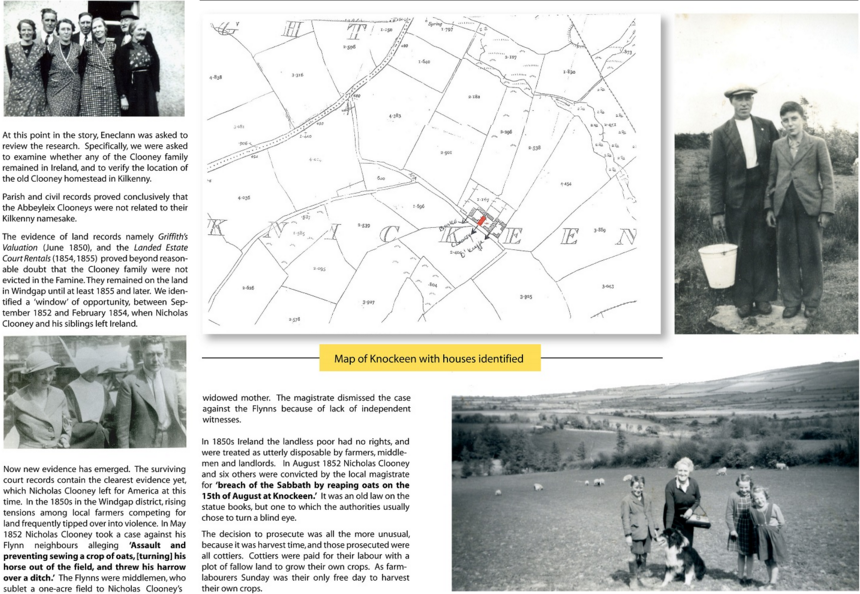 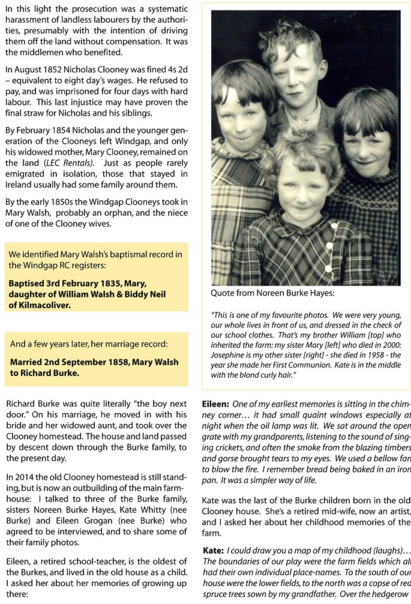 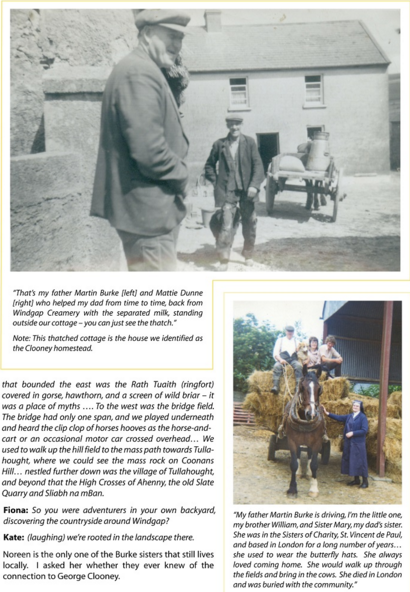 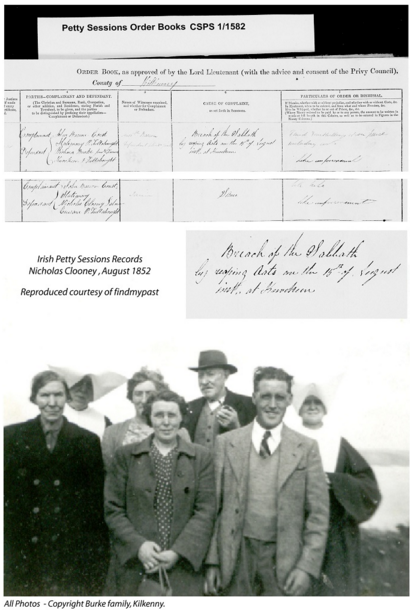