Historically who were the Cruise family.

The documentary evidence shows that between 1169 and 1176 the de Cruis family were among the first wave of Anglo-Normans to invade Ireland.  In the medieval records, the name appears as de Cruis, (also Cruce, Cruys, and Cruws). 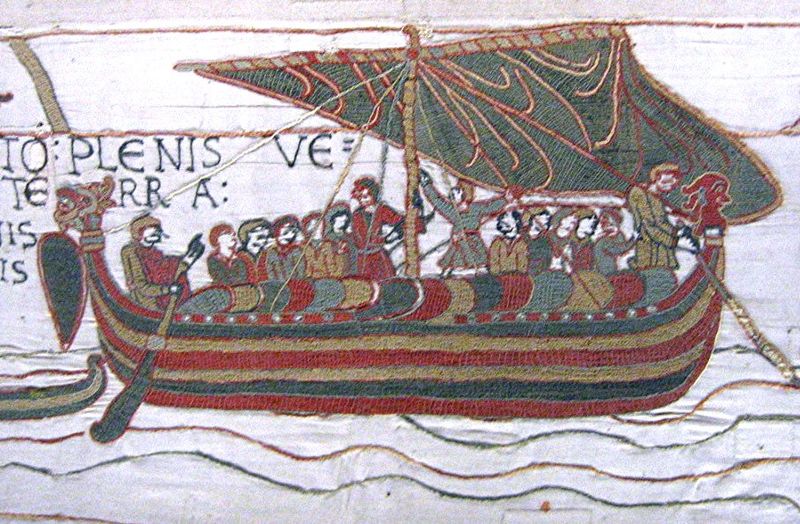 Left: the Normans, as depicted on the Bayeux Tapestry

In the first generation after the Invasion, the Cruise family established themselves in Ireland, and held lands in Dublin and Meath. [2]

The Cruise’s most important lands included the Naul, Grallagh and Hollywood in North county Dublin, which were held directly of the King.  As royal tenants they enjoyed the right and privilege to attend the Great Council or Parliament, by a personal writ of summons.  This by definition means that by the early 1200s, the de Cruise family were Barons in Ireland.

In addition the family held the manor of Merrion in south county Dublin, which passed out of the family by marriage in the 1400s.

By the late 1100s/early 1200s, the de Cruise family also possessed lands in county Meath, as tenants-in-chief of Hugh de Lacy.  The Meath lands roughly correspond to the civil parish of Cruicetown, to which the family gave their name.[3]

Ca. 1200 the de Cruise built a motte (castle) and church, a defensive base to control the surrounding country.  The archaeological evidence of Cruicetown manor survives in the landscape to the present day.[4] 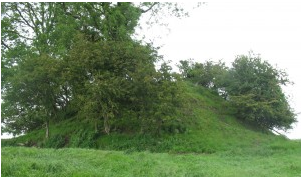 The Cruise family took an active, and prominent, part in central government in the medieval Irish lordship.  Between 1275 and 1284 Hugh de Crus was Sergeant of county Dublin, and in 1320 Nicholas de Crus is described as ‘Chief Sergeant of the King.’ Their roles as sergeants emphasise their continuing military role – these were not simple administrative offices.[5]

The land and legal records show that the main ancestral seat of the Cruise family was the Naul in north county Dublin.

Left: the old church at Cruicetown. Courtesy of Linda Shine.

The land records also show that between 1200 and 1641 the Cruise estates in Dublin and Meath were never broken up between branches of the family.  The lands were kept as a unit and passed by primogeniture from father to eldest son, except on one occasion.  In 1359, on the death of John Cruise of the Naul, the only heir was a daughter – Margaret Cruise.  She married her cousin Simon de Cruise, to ensure the survival of the Cruise family name.

Like other baronial families in Ireland that could trace their origins back to the Anglo-Norman invasion, the Cruise family continued in the Catholic faith even after the Reformation. 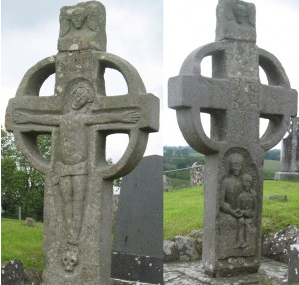 Right: cross at Cruicetown church, erected by Patrick Cruise and his wife Catherine Dalton in memory of his father Walter Cruise in 1688. Courtesy of Linda Shine.

In 1641 the Cruise family of the Naul took up arms in defence of the King and to defend their ancient rights and liberties.[6]  In the late 1640s the English Parliamentary army under Oliver Cromwell arrived in Ireland, and the Cruises found themselves on the loosing side.  They forfeited their lands in North county Dublin, but in 1686 after the Restoration they were restored to the lands of Cruicetown in county Meath.[7]

The Cruise family persevered, but their status and their land base was much reduced by the 1700s.  In 1766, the marriage of Bridget Russell and Andrew Cruise reinvigorated the family fortune.