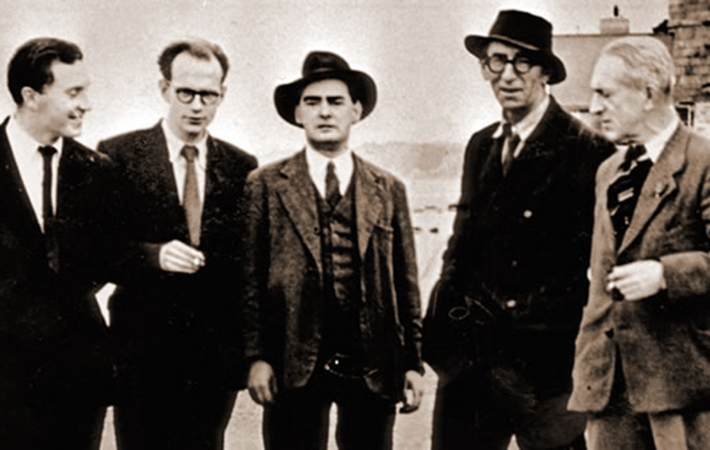 Bloomsday may have been celebrated by some as far back as the 1920s, but it wasn’t until 1954, when Dublin’s literati of the day took to the cobblestones, that the event began to come into its own. Here is a link to a video on  you tube of Irelands first ever Bloomsday vidoe 1954

The New York Times has another article (link below) about the slaves sold by Georgetown University Jesuits to pay off debts. Judy Riffel, again mentioned in the article, is the genealogist in Louisiana whom the Georgetown Memory Project has hired to trace descendants of some of the slaves. When the first article appeared on the front page of the NYT a few weeks ago, the Times asked readers to contact the paper if they believed their ancestors might have been part of this slave group. This follow-up article (with a picture again on the front page) tells some of their stories.