Using Reverse Genealogy to Knock Down Brick Walls in Your Research. 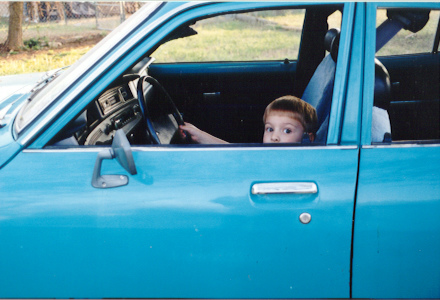 As family historians we look beyond the immediate line of descent, to trace all members of the family  – the singletons who for whatever reason, never married; the shadowy ones that died young; and the ones that left to go overseas. Have you ever wondered what happened to all those family members that left Ireland to make their way in the United States, Canada, Australia, New Zealand, Argentina, or even just popped next door to the U.K. With better access to records published online, we can trace them now through reverse genealogy.

Birmingham City Council’s Bereavement Services has launched an online database www.birminghamburialrecords.co.uk/ for searching over 1.5 million of the city’s burial and cremation records. The website states, ‘The Birmingham City Council’s Bereavement Services Section manages 11 cemeteries and 3 crematoria, covering approximately 450 acres of land. The burial and cremation registers consist of approximately 1.5 million historical records. The records up to 2014 have been digitised and are being made available for genealogical research purposes within this website. With approximately 5,300 cremations and 2,300 burials being carried out each year, the burial and cremation records are constantly increasing. If you are looking for records that are more recent than those that are held within this database, then please contact the relevant cemetery or crematorium office for more information.’

Reverse genealogy is a useful research method, to identify where in Ireland, your immigrant ancestors hailed from. Quite simply, most other countries have a better survival rate of key sources, like the census. When tracing an immigrant ancestor, examine every census they were enumerated in, in case they ever chose to set-down their county of origin. After Irish partition in 1922, many Irish-Americans/ Irish-Canadians/ Irish-Australians chose to give their place of origin as ‘Irish Free State’ or ‘Northern Ireland’.

There’s a multitude of records made at the time of death, which may record key evidence on where in Ireland your ancestor was from. One of the most useful are civil death records. In America the start date of civil deaths varies by State, but deaths usually include country of origin, and names of both parents including the mother’s maiden name. In Australia the level of detail recorded in civil deaths is simply exquisite and includes the names of both parents including place of birth, and mother’s maiden name.

Of course, the information is only as reliable as the informant providing it. I always cross my fingers and hope the informant is a spouse or even a sibling, rather than an adult child who may never have met their grandparents or visited their parents’ home place. The worst informants are usually hospital residents – the doctors on-call, whose knowledge of the deceased was limited to their medical condition and who for all else, record ‘unknown.’

Quite simply, you’re more likely to find the starting evidence you need in the records of your own country, than in Irish records.